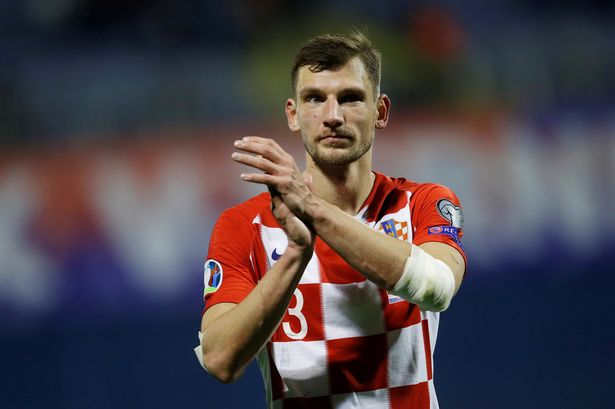 As we touched on earlier, The Journey Rangers have been on over the past 7 years is quite the epic – a nightmare with lows and a few highs, and now we sit pretty top of both tables we’re currently in and a semi-final v Celtic next month to look forward to as well.

But part of that sitting pretty relates to next summer, and the stunning reality that from Emilson Cribari and Sebastien Faure (remember them) we now have potentially four representatives at the Europe-wide European Championships.

To go from a team who got outclassed by Alloa to one that has three definite representatives at next summer’s tournament is a staggering turnaround, and Ibrox Noise takes you through the journeys of each of them.

He’s firmly established himself as a first-choice Rangers player – there’s a little disagreement among some fans about just how settled in the SPL he’s been, certainly compared with the brilliant work of Croat Niko Katic who preceded him in our domestic league, but there’s been little doubt about the partnership he’s formed with Connor Goldson – as our stats piece revealed, stunning Porto performance for the Swede aside, his duo with the Englishman has really worked on a continental level and is part of Rangers’ current lofty position in the group.

For Sweden, it’s not been quite as plain sailing for the ex-Bologna man. He has a decent number of caps but currently can’t quite force his way into a consistent start for Janne Andersson’s men but did get an outing v the Faroes on Monday and got an excellent assist too, which is superb going for a central defender. But mostly the 26-year old doesn’t quite shift the established pair of Man Utd’s Victor Lindelof and Helsingborg’s Andreas Granqvist. But he is still expected to be part of next summer’s adventure and we’d love him to get a start or two.

He’s had a slightly mixed season at Ibrox this term – a fairly popular player among fans, the Finn himself admitted his form had been a bit inconsistent earlier in the term hence his struggles to remain in the side, but it has creeped up a little of late. An earlier poll by Ibrox Noise confirmed 93% of fans preferred to hold onto him unless the price was truly right, following recent reports claiming he might be a January target for sides down south.

For Finland the former Arsenal kid has been outstanding, simply superb. Playing in a defensive central midfield role but with a little more freedom to move forward, the 19-cap international has two assists in his increasing swathe of appearances, and he will be a complete fixture next summer for his country. It’s no surprise to see him performing so well for his nation, and he evidently revels in the slight freedom Markku Kanerva gives him, so he’s one we wish well next summer and we’re sure he’ll do club and country proud.

He really is the headline this one. A stunning domestic season for the Croat, after a slightly slow start this campaign has seen a staggering turnaround for the former Osijek left back, and from fans aggressively wanting to ‘drive him to the airport themselves’ he’s now one we’d kidnap and keep in the boot at all costs. His form is finally settled and he looks the part now, and a complete, staggering and frankly humiliating steal at £2M.

For his country, it’s been plain sailing since before he arrived. A rising star for his nation, Barisic’s troubles were he couldn’t translate that form to his new club, and for the Croats Barisic is and was a regular – 12 caps for his country, the only recent match he missed was due to a dead rubber v Georgia having already qualified, and the 26-year old’s stock just keeps rising. We look forward to this lad performing at the highest level in just over half a year.

An absolute asset now at Ibrox, and many fans’ pick as a new captain, Jack has been stunning this season and has produced a number of ‘wow’ performances. His display at Dingwall was mind-melting brilliance, and while he’s not been quite at that level 24/7 he’s been a cut above most other defenders in the country. He’s turned it round from a disciplinarian issue in his first season to securing a new contract based on his performances.

And it’s finally woken Scotland up – Jack has literally, in the past two international matches, just affirmed himself as a first-pick. While his display v Cyprus was a little rusty, and filled with ‘finding his feet and adapting’, as Steven Gerrard put it, his display against Kazakhstan was that of a player in form, and he showed his Rangers form in abundance, with the confidence to take a dribble alone and nearly score, but for a fine save. He might just be doing it for his country next summer – there remains a chance Scotland will make it. We’ll see.

We’ll cover these two more briefly – Davis has been stellar for Rangers this season, and one of our most important players, while Jones, showing plenty promise, lost his way following ‘that’ tackle and now needs to regain his footing.

For their nation, Northern Ireland, both of them are major players, and NI still have a big chance to get to the Euros, but it’s as big an if as Scotland. Jones is slightly on the fringes of his NT, while Davis is the captain. Both of them are great players and we’d love to see them make it to the big stage next summer, as we would Jack.

In conclusion, it’s lovely to see maybe 6 Rangers players fighting their corner to play for their countries on the big global tournaments, and while 3 of them are far from certain to be there, 3 will be, and we can only imagine them all delivering well on such an occasion.

Quite a change from the days of Ross Perry…