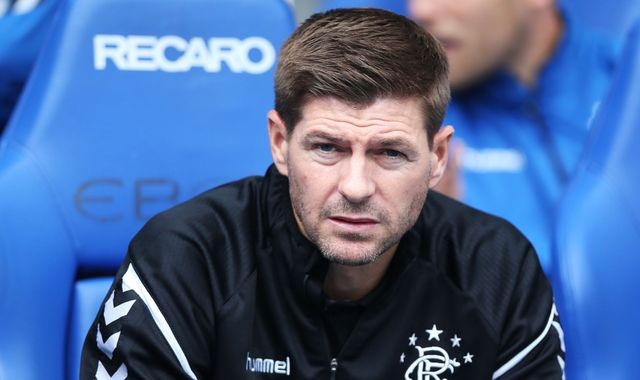 Arsenal have been linked with a move for Steven Gerrard following Unai Emery’s desperate form at the Emirates.

Reaction to this story is mixed to say the least, and it is said to have sprung as a suggestion from a radio pundit, but given just how Gerrard’s stock in coaching is rising this season, Arsenal being interested in getting rid of the Spaniard in favour of the Scouser isn’t that far-fetched.

He is only going to leave Rangers for one job, and that’s Liverpool. He is touted as the next Anfield manager when Jurgen Klopp moves on, although the German’s tenure on Merseyside could last many many years if his current success is anything to go by.

But Arsenal, low on funds and low on morale, not to mention crowds, are hardly the right place for a rising new manager to go to.

It doesn’t seem to be working out too well for the ex-Valencia manager Emery, with ex-coach Arsene Wenger secretly enjoying a wry smile at how his former charges have declined in his encouraged absence, and his ‘jaikit’ is certainly on a ‘shoogly’ peg right now.

But any replacement Arsenal chiefs seek for the current incumbent will not include Gerrard.

Even if they want him, he doesn’t want them, nor do we want him to leave.