Home Rangers Down Under – heroes of Rangers’ Socceroo past 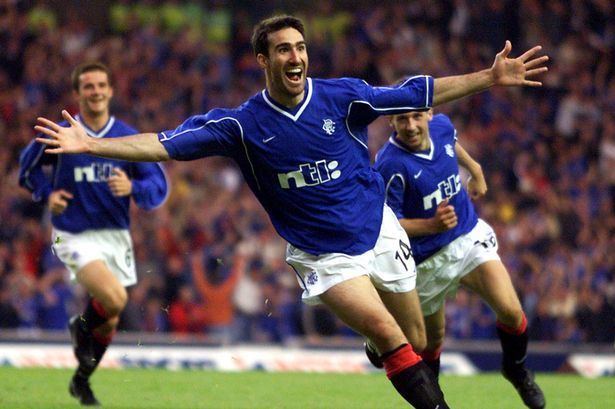 Rangers have had our fair share of Australian superstars in the past. The lads from down under were a breath of fresh air and made their mark while playing for the club. Most of them were rock-solid defenders like Tony Vidmar and Craig Moore, but we’ve also watched goalscorers like Dave Mitchell play at Ibrox.

Steven Gerrard doesn’t have any Aussies at his disposal right now. For that reason, we’ll take a trip down memory lane and look at some legends from the past. Fans, analysts, and Australian soccer tipsters alike will remember these great names.

Some of you might be too young to recall these players in their prime, so let us remind you of their achievements.

Tony Vidmar – Vidmar signed for the Gers in 1997 from Dutch side NAC Breda. He made more than 150 appearances for the club during his 8-year stay. The Australian defender won a host of major honours while playing at Ibrox including two Scottish Premier Leagues, two League Cups, and three Scottish Cups. What’s more, he scored a famous goal against Parma during a 1999 UEFA Champions League qualifying tie – we remember the Ibrox roar from that one as vividly today as when it happened.

Furthermore, the Adelaide-born defender represented his country 76 times between 1991 and 2006. This included an appearance at the 1992 Summer Olympics in Barcelona. Vidmar is the current assistant manager of the Socceroos.

Craig Moore – Centre back Craig Moore was a product of the Rangers youth system before finally breaking into the first team in 1994. He made 73 appearances for the club before being loaned to Crystal Palace in 1998. Moore made such an impact at Selhurst Park that the Gers were desperate to get him back. He won twelve major honours at Ibrox including five league titles and a historic treble in 2003.

The defender captained his nation at the 2004 Olympic Games in Athens. He made 52 senior appearances for Australia over 15 years. Moore now lives in Queensland where he manages the Gold Coast Premier League side Coomera Colts.

Kevin Muscat – Most fans will remember hard man Kevin Muscat. The defender joined Rangers on a free transfer from Wolves in July 2002. He made more than 25 appearances for the club and was part of the infamous 2003 treble-winning side. Muscat eventually caught the eye of Millwall much to the dismay of Rangers fans.

Furthermore, he made 46 appearances and scored 10 times for Australia between 1994 and 2006. The former Rangers hero managed Melbourne Victory for 6 seasons before being replaced by Marco Kurz in June 2019.

Dave Mitchell – The Glasgow-born striker bought out his contract at Adelaide City so that he could force through a move to Rangers in 1983. Mitchell made 26 league appearances for the Gers and scored 6 goals in the process. During his time at the club, he partnered Ally McCoist upfront on several occasions.

What’s more, Mitchell scored 11 goals for his country. These included a brace against Indonesia and hat-tricks against Fiji and Taiwan respectively.

Rangers have definitely enjoyed an eclectic past with Australian players, and we hope our readers down under especially liked this little trip through memory lane.