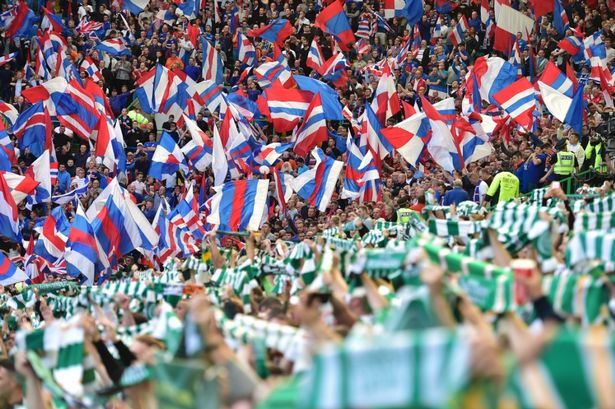 Yesterday Ibrox Noise received an email from an old friend of decades ago. He may even be reading this right now and he is a loyal follower of the other side of the city.

Yes, indeed, we receive HUNDREDS of emails, comments and otherwise from the East End on a weekly basis – we wish this was an exaggeration for pure impact but sadly it literally does go into the numerous three figure range, but this particular message amused us.

Indeed, here it is:

“Hi, you might win the game on the 7th as you stated but CELTIC wont be there? They will be winning another cup on the 8th? Oh! Dear.”

In fairness to this chap, he was able to spell a little better than his brethren can, but given our recollection of his college days and his subsequent professional career, we’re genuinely stunned how poorly he compiled the message (he became a lecturer).

Nevertheless, the message amused us not because of who it was (albeit that more saddened us than anything) but because he’d taken the time to use a pedantic error for point scoring.

Does anything else indicate more the fear from Parkhead than thinking a factual date inaccuracy is a valid reason to prove Celtic will win the Betfred Cup?

We, more than normal, are receiving a startling number of comments from the Dark Side, ranging from light-hearted jibes and mockery to outright bigotry and hate mail. The whole spectrum is covered, and we have to say the tone has become more frequent and more venomous ever since Steven Gerrard gave us what is seriously looking like Our Rangers again.

They fear us. We scare them. They know they’ve not got a walkover this season. And that’s showing through.

We don’t really want to talk about Celtic on here, and indeed we generally only relate to them in response to their conduct towards us.

But the fact is they show the signs of worried supporters.

It is still slightly early days in the season, but not an infancy any more, and the more rubbish the green and white throw at us on the site, the more it tells us about what they’re thinking.