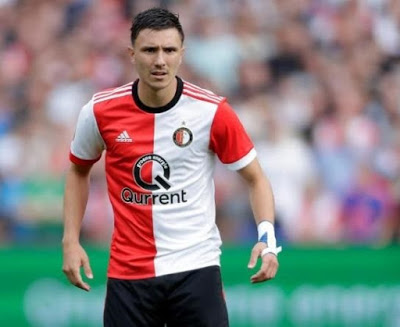 As we know, Rangers secured a valuable 2-2 draw in Holland last night, but much of the pre-match talk was about the threat of Feyenoord’s star man, Steven Berghuis.

The £10M-rated Netherlands winger has been having a heck of a good season, and while Borna Barisic was able to mainly suppress him last night, the 27-year old still had a few strong moments and showed why he’s regarded as one of the brightest players in the Eredivisie.

Of course, Rangers’ budget isn’t £10M a pop (well, in saying that, Alfredo Morelos may or may not have an impact on that) but Ibrox Noise was interested to know the readership opinion on signing Berghuis, just like we did Barisic from then-opponent Osijek.

The response was pretty emphatic.

If it’s feasible, 78% of Rangers fans who responded would like Steven Gerrard to bring the ex-Watford attacker to Ibrox.

Only 22% were not interested – perhaps they still see Jordan Jones as the long-term solution on the right?

Which is, of course, where Berghuis naturally plays, as a right winger, with new manager Dick Advocaat also installing him as club captain.

Dutch football is not lucrative. It does have some talented players but a Premier League or even Ligue 1 it is miles off being, and some top class players can be had from there for a fraction of the cost they would be in the PL. Berghuis is a feasible purchase if Steven Gerrard is interested, and if the board was to support such an outlay.

We can’t really see it being sanctioned, but he wouldn’t hurt our first team.