Home Rangers £40M windfall – it just gets better for Rangers 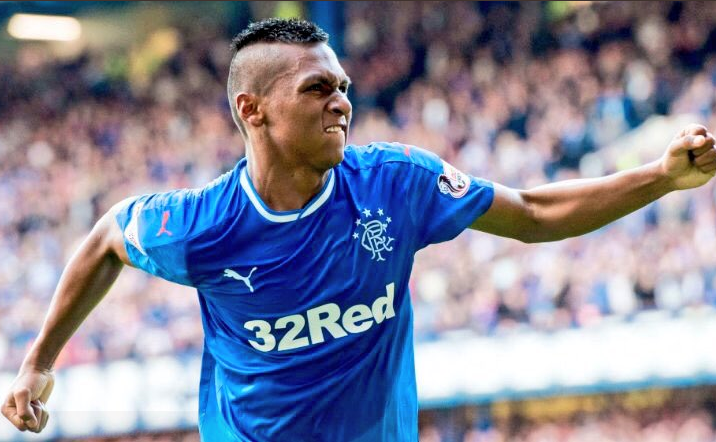 Forget last season. That was the dress rehearsal for Alfredo Morelos. And even then his record was stunning even if he came up short v Celtic and some of the bigger occasions.

This season is the real deal, and it hardly gets better than nailing a belter in Portugal on their turf then scoring another world class strike at Ibrox against them.

Morelos had already hiked his market value into the £30M region with that goal in the Dragao two weeks ago – with his absolutely bewildering finish yesterday plus massive contribution to the second, it’s only gone higher.

It is safe to say, while Morelos will stay in January for one last transfer window, he will expect to get his big move next summer and he’s going to net Rangers approaching £40M.

Obviously he has to maintain this level of form, but right now he’s going into legendary status – he’s delivering against the biggest teams on the biggest stages – and truth be told scoring or not v Celtic won’t matter to any PL giant who comes in for him – because he’s scored against bigger and better teams already.

And PL giant indeed now is the calibre of side who is going to seek him.

We’re not talking an Aston Villa, or a Wolves – a Colombian international as effective as Morelos now is on a stage as big as the Europa League making Pepe and Young Boys look pathetic is going to appeal to the top half of the table.

Morelos is starting to go into potential Van Dijk territory – getting a move to a big midtable PL side, proving himself and then getting the big switch to a top of the table team.

And Rangers shouldn’t sell for less than he’s worth.

This boy is going to fetch Rangers an absolute fortune one day.