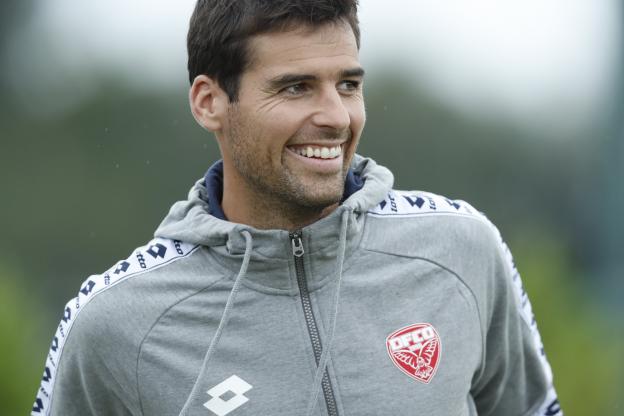 Rangers are rather well-furnished in most areas of the pitch, it must be said, Steven Gerrard’s rebuild has led to a fine Rangers squad befitting the shirt, and only a few select slots really require any kind of enhancement. One of them though is definitely attacking midfield.

Stevie has tried a few options here since he joined, and none have panned out. Graham Dorrans, Joe Aribo, Scott Arfield and Ryan Jack have tried this slot, but while Jack especially is having an astonishing season, a visionary assist king he probably isn’t, and in general playmaking still isn’t quite his strongest suit.

Rangers could use a really convincing attacking midfielder who still has years left in the tank and has everything to prove but nothing to lose, and one we’ve mentioned before on the site is France’s Yoann Gourcuff.

The former Milan and Lyon playmaker was once likened to his exemplary predecessor Zinedine Zidane, but to say his career didn’t quite pan out like that is an understatement.

Last seen in the colours of Dijon, this-once £25M rated star had the world at his feet, but injury and loss of form put paid to him rising to the top of Europe.

And this is exactly the kind of player Steven Gerrard could take a low-risk gamble on.

Gourcuff really was a superb player in his day, verging on world class, with vision in abundance, goalscoring and an intelligence of thought which was blatant to most observers, hence the comparisons with the Real and Juve legend.

And that’s not all gone – but his star has. It’s faded – no one cares about him and he’s been out of contract since January, and that’s exactly why Rangers should pick him up on a free deal and a solid but modest wage and give him the chance to reinvigorate his career while giving us a player who could potentially be one of the best the SPL has ever had.

It’s low risk – if he’s a busted flush, so be it – a one-year deal on a reasonable wage so a failure won’t cost the club too much.

But if it succeeds Rangers have got the final piece of the jigsaw – a high-quality 10 who can feed Morelos till the cows come home.

Worth a punt we’d say.