Home Rangers “Win of champions” – the truth about ‘that’ 3 points…. 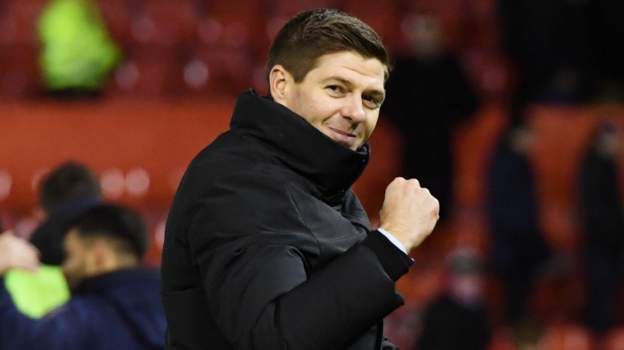 As readers of our content yesterday will have seen, we’ve definitely been a grumpy lot recently on the site.

The truth is Rangers’ form has been patchy at best lately, with two draws in a row and a scraped win, so forgive us for not regaling you with constant positivity in the past couple of weeks.

However, and you knew a ‘however’ was coming up – we did say over the past two days that a win on Sunday was beyond critical. We emphasised that by hook or by crook the side had to respond to Celtic’s coasting at Pittodrie with our own three points, for last weekend’s slip up to Hearts had taken agency away from Rangers and put the title into the Gods’ hands.

And while the display at the weekend was not sparkling or vintage Rangers, it did what it had to do – and we can’t overstate enough how vital that is.

It was beyond critical that Rangers kept pace with Celtic, that we responded to the pressure – and though Filip Helander’s winner was late, it was a fine goal – a crucial and accurate assist corner from under-fire Tavernier, headed powerfully by the Swede late on to take the maximum return from a gritty match.

This is the kind of win of champions – winning ugly and under pressure.

This wasn’t a Hamilton or a St Mirren or a St Johnstone – this was an in-form Motherwell, sitting strongly in fourth in the table, with 5 wins and a draw of 9 matches (as it was at the weekend) – so while Rangers did not produce anything like our best, and manager Steven Gerrard was bang on to say we got away with one, champions generally get away with several.

Being the best isn’t good enough – you have to have a spot of luck as well. It’s true that you might make your own luck, but fortune is the end result – and it’s an element of chance.

Rangers made that on Sunday, and they ground their way to a tough and unlikely win – a number of players (Barisic, Davis and Arfield) especially had solid matches or better, and this led to a mucky win.

We’d take 44 of them this season quite honestly.