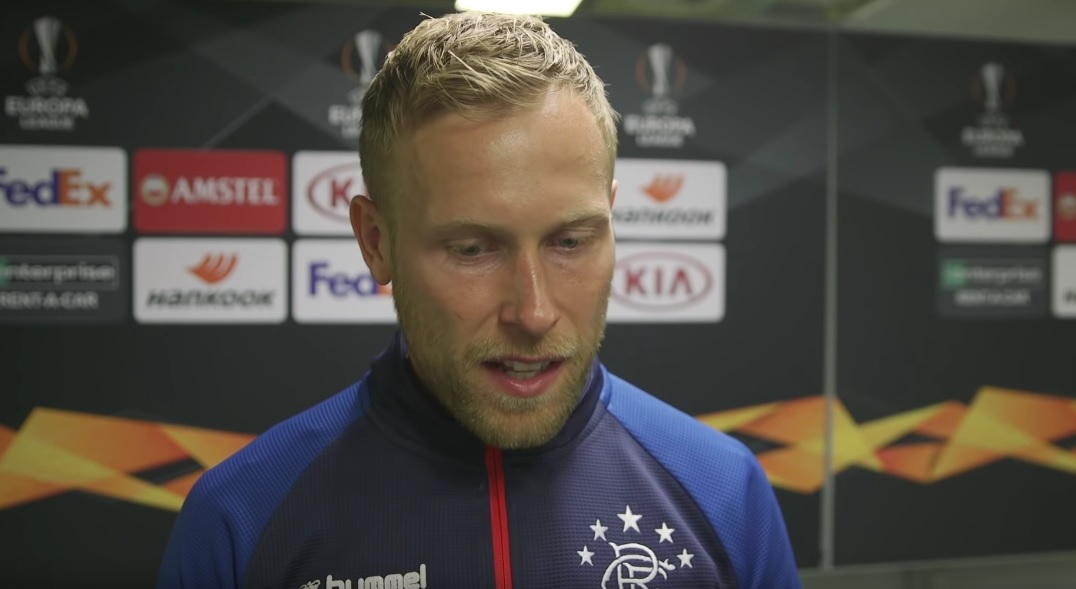 Scott Arfield last night showed ‘captain’ James Tavernier how it should be done (again) by facing the media following a bitter loss in Berne.

Rangers’ captain has previous for ducking out of media duties after bad results in big matches, with Jordan Rossiter infamously having to do media duties following that loss at Dens much to the disgust of fans who’d expected the captain to face the music.

But once again last night, despite being one of the main culprits, Tavernier was conspicuous by his absence.

This is not to say we blame him 100% for the loss, it is a team effort and he’s been a huge part of big wins as well as being partially responsible for some notable bad results, but Tavernier’s continued lack of culpability by rarely to never going out to the media after the negative results really does reek of irresponsibility and cowardice.

Meanwhile one of the side’s true leaders in Arfield did not duck away and despite clearly hurting like hell like the rest of us carried himself with the true dignity of the Ranger and performed the media duties required with grace.

Arfield certainly is a contender to be this club’s captain, likewise Steven Davis and Ryan Jack, not to mention Allan McGregor, but Tavernier’s repeated no-shows at moments like these and his manager’s apparent refusal to ever hold him to account on it is really rather disappointing.

But at least we have Arfield.