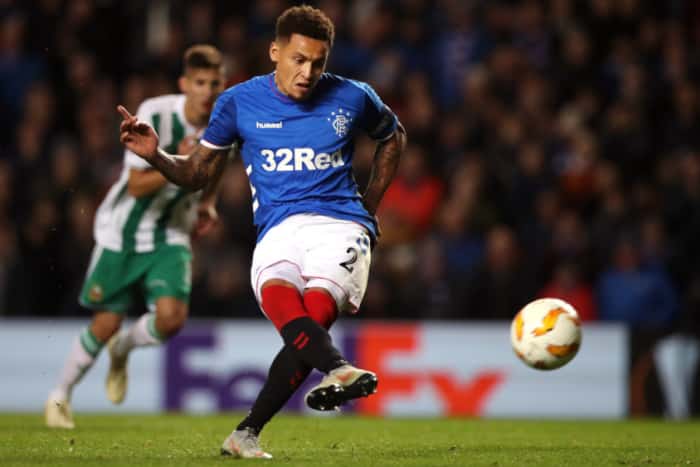 Rangers manager Steven Gerrard has once again contradicted himself, in a fashion, by blaming James Tavernier for the opening goal at the weekend while refusing to name him.

In a curious shift from deliberately name-dropping those who have made mistakes, Gerrard would only acknowledge ‘another individual error’ led to the goal rather than mentioning the culprit by handle, and it appeared to be something of a nod to Tavernier’s two errors v Young Boys which ultimately cost the win.

Of course, the question then has to be, if the manager is accepting, nay accusing his captain of repeating errors, why is he still selecting him?

As Ibrox Noise’s Derek has pointed out, the RB is extremely predictable in attack this season, with a mostly reduced standard of crossing, while failing miserably to defend, and yet he remains undroppable it seems regardless.

First off, Rangers don’t play with a 10. Ryan Jack is the closest to this, albeit of course he’s in the 8 shirt, but he’s certainly not an out-and-out 10. But secondly, the latter comment is clearly an explicit reference to Tavernier’s low-quality attacking output this season.

We’ll have another piece later looking at this in more detail, but it does seem that while Steven Gerrard utterly acknowledges his captain’s failings he just refuses to do anything about them.