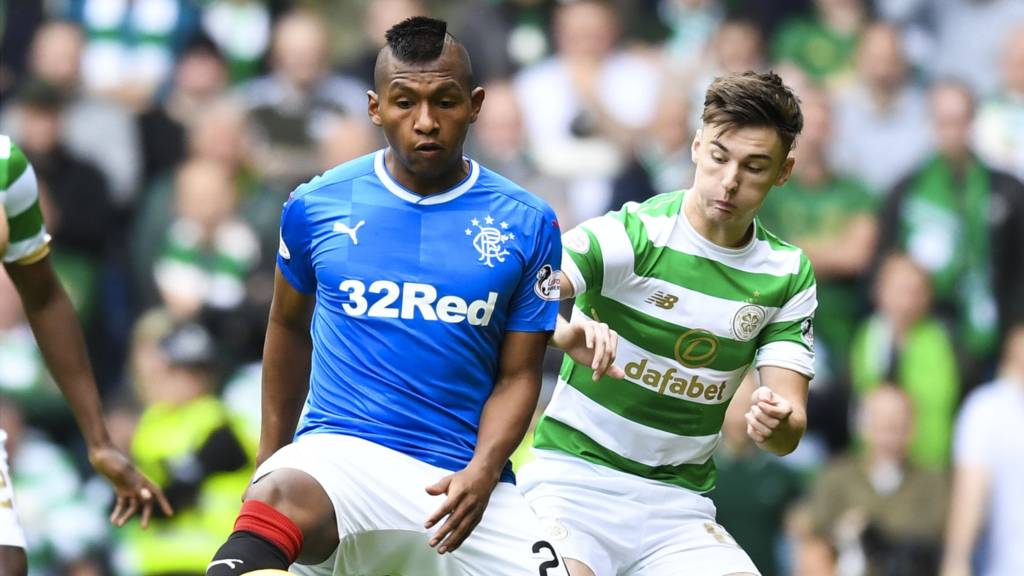 We’ve been hearing a lot about this in the past few months, a ‘my da’s bigger than your da’ type argument between fans of Rangers and Celtic about Alfredo Morelos and Odsonne Edouard.

Celtic supporters believe their boy is the best, and Rangers fans believe Alf is the king.

In truth, whenever we big up Morelos on this site, one of the most frequent replies comes from the East End suggesting Edouard is vastly superior and worth 3 times as much.

They especially got passionate about this when the 21-year old striker put away a hat trick for France against Slovakia earlier this month following a brace against Azerbaijan.

And guess what – unlike them about Morelos we’re not about to smear the ex-PSG player. Because he actually is very, very good.

Morelos, for his turn, has 14 in 24 in UEL qualifying plus 5 assists, has 4 in 8 in the UEL, and obviously has never played any level of the UCL.

Both of these men have different but impressive results in these competitions. There is no doubt, unless you can’t do arithmetic, that Morelos’ record in the UEL is far better, but Edouard’s impressive performances in the UCL qualifiers cannot be ignored, even if they go uncontested.

In the SPL though it’s impressive again from both.

Truth is this – we don’t care what Edouard is worth – we care what Morelos is worth, should we ever find ourselves selling him.

Until then, he sits pretty as one of the best players in the country, and Celtic’s counterpart can kindly just get on with doing whatever he does.

It’s only petty-minded nonsense that has green and whites trying to degrade our player in favour of their own – perhaps they should just focus on what he’s doing for them rather than trying to smear Colombian international Alfredo Morelos.