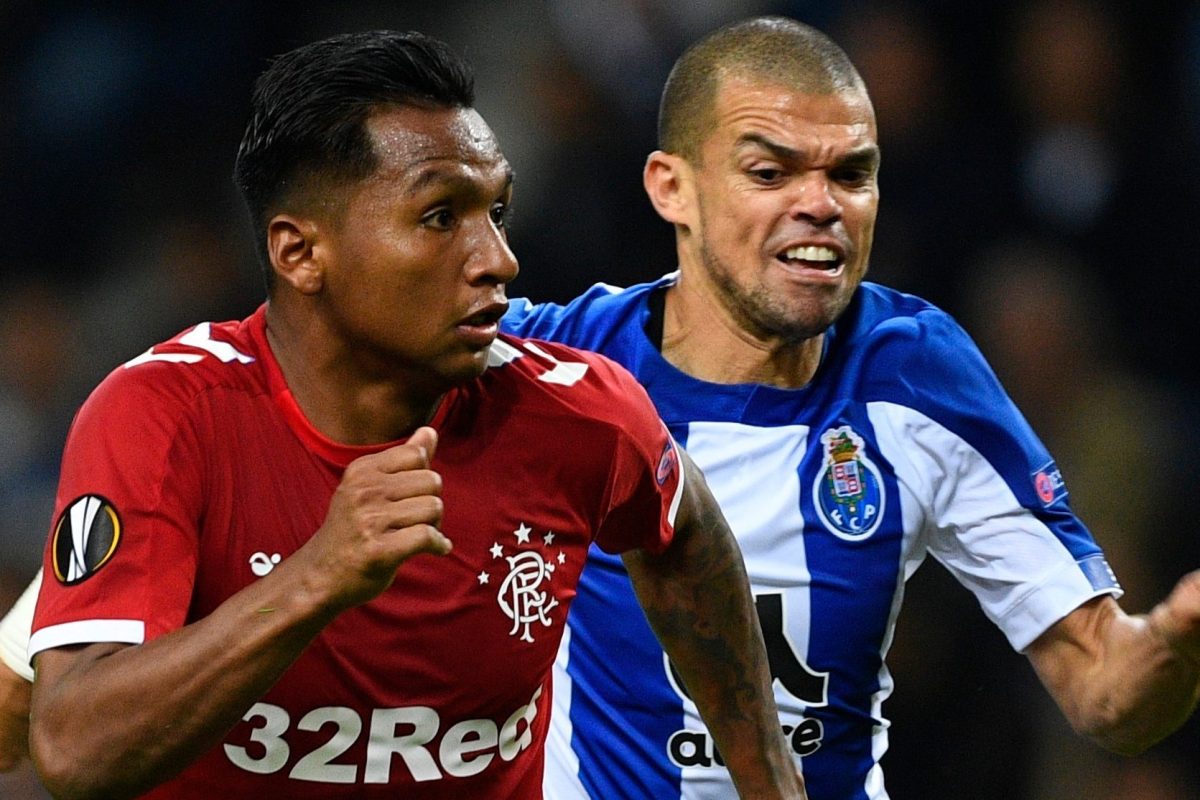 The much-hyped battle between Portugal’s titanic Pepe and Rangers’ Alfredo Morelos finally took place, with emphasis on how physical both players were and how it was a tasty confrontation in the making.

We have to say, the Porto and ex-Real Madrid superstar was made to look less than ordinary by Morelos who had the beating of him and the rest of the Porto backline both psychologically and physically.

Indeed, we were all waiting for the huge tussle, a 50/50 where Pepe would probably get the better of it more often than not given the veteran’s vast experience and glittering medal cabinet.

This guy, don’t forget, has won the Champions League three times. With a reputation as a bit of an animal too, for being way over physical at times and not taking any quarter whatsoever, he’s courted controversy many times for brutal tackles and quite a few red cards.

And yet when the Colombian faced him, Pepe’s impact was conspicuous by its absence and the 23-year old by far had the best of the night, with a potential hat trick on top of the brilliant goal he scored.

It wasn’t absolutely Morelos’ best performance as a Ranger, but it came close, and the Porto stalwart didn’t have an answer at all.

This battle had been bigged up, two physical brutes, two very tough competitors – how would the old fox do against the young upstart, or, more to the point, vice versa.

Well, the answer was pretty unequivocal. By the time Pepe had been done again deep in the second half and his team mate had to foul Morelos to bail Pepe out, it was clear Morelos had well and truly won this battle.

Alfredo Morelos’ value went up £10M last night, but not just for the goal and near-hat trick, but for doing it all on that stage and owning the living daylights out of the legendary Portuguese colossus.