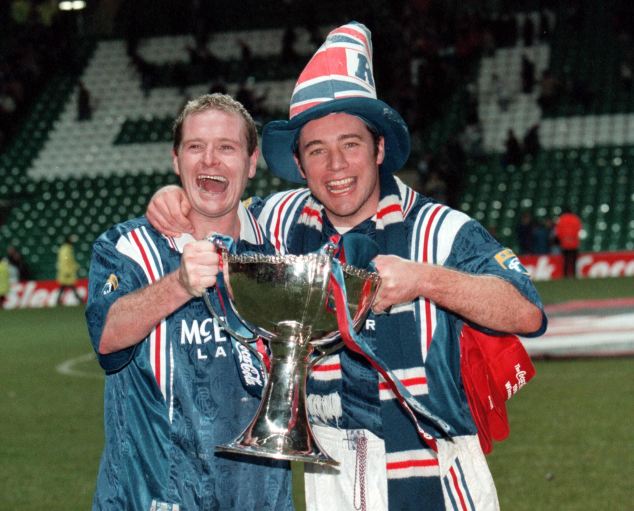 Rangers’ weekend showpiece with Liverpool Legends was an all-round feelgood factor, in which a chunk of change was raised for charity and some fans got to see older players of a past generation of Rangers heroes, like Trevor Steven and even more recently a grizzly and barely-recognisable Carlos Cuellar.

However, one legend, for understandable reasons, has never donned the blue on these kind of occasions, with fitness being an issue along with general mental health.

But we can’t help feeling a half-time bow from Gazza himself and a prominent part of such a special occasion would have been a real crowd pleaser and given the 9IAR legend another opportunity to soak up the Ibrox crowd’s appreciation.

And our readers agreed.

In a recent poll, an overwhelming 72% of you thought Gazza should have been there as part of the festivities, with just 28% thinking he was better off elsewhere.

This was definitely a lost opportunity for Rangers, and it would have drawn an even bigger crowd we feel.