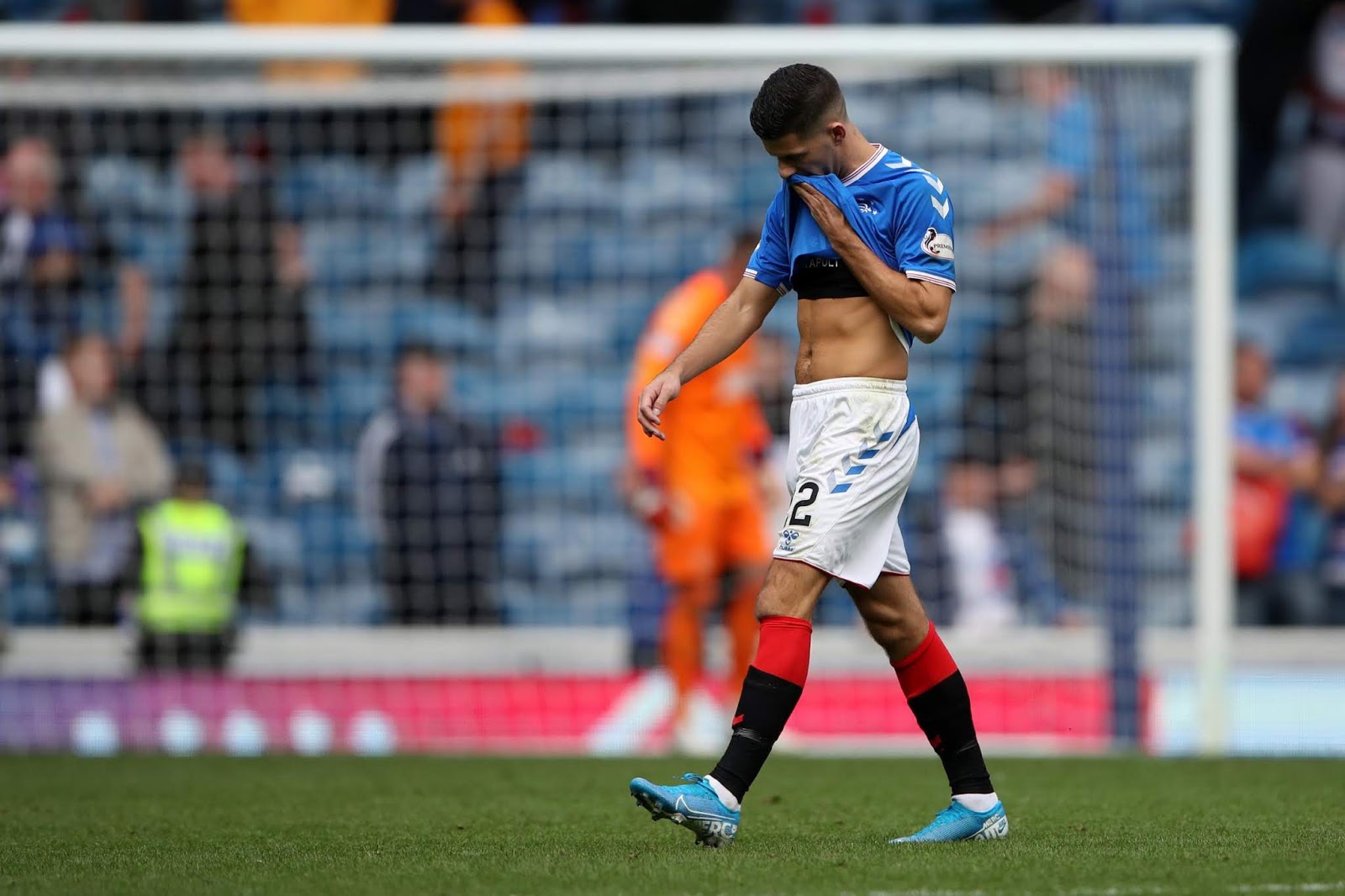 You’re 0-1 down at home to your fiercest rivals. Your manager has had a stinker of a match, your team mates have not delivered.

You come on deep into the second half and have a few good touches and runs. What do you do:

1: Put your heart and soul into trying to salvage things.

2: Win fouls and give the opposition defence a fresh threat.

3: Lose your head after your team mates gifted the opponent the second and get sent off.

Yes, Jordan Jones may struggle to look himself in the mirror after the most ignominious moment of his career so far, but the NI international, with a shade of the Gazzas in ’91, having been likely ruled out the international break thanks to his moment of stupidity, is by no means the only villain, or indeed a villain at all.

He lost his head – welcome to Fernando in the 90s, welcome to Morelos last season. Great Rangers players have many times lost the plot in this hectic cauldron when losing, and frankly while it’s not ok, it’s understandable.

This was Jones’ first Old Firm, and he wasn’t just dealing with the passion of the match, of the unprecedented atmosphere of this colossal occasion – he was also dealing with the frustration that he’s played less overall than the clearly inferior Sheyi Ojo, and he’s having to handle a bit-part role in Steven Gerrard’s side despite being the best option for the left by a distance.

If you don’t believe me, Ojo has managed a total of 685 minutes as a Rangers player in competitive matches – 9 fixtures. His stats aren’t bad – four goals and three assists.

Jones, on the other hand has had 451 minutes – also 9 fixtures, two assists.

But there’s a key difference. Jones has started only five of those matches while Ojo started eight of his, and Jones’ two assists were absolutely key – one of them especially was worth £3M.

In short, Jones is frustrated. Despite an excellent start to life at Ibrox, he’s been in and out of the team, unable to put together a run, a rhythm, and it’s clearly affected his consistency.

The ex-Killie man is capable – he’s shown many times the speed and quality he has on the left, but he cannot get a sustained place in the team (mainly due to loan appearance clause nonsense for Ojo).

This doesn’t excuse yesterday’s act of wanton stupidity, but better players than he have also lost their heads in this fixture so it’s far from an isolated incident.

But it does go some way to explaining a bit of why he may have lost the plot – Niko Katic went through the same thing – a fan favourite, who was evidently good enough, but who lost his place to a loanee. He’s come back 20x a better player, but he got frustrated too – remember his reaction after being subbed for Worrall at Hamilton in October last year?

So, Jones is not the (only) villain – he’s a victim of rotation and he’s desperate to get a run in the team at his age, and would have been absolutely devastated to not start the Old Firm.

He’s been a very naughty boy, although that doesn’t make him the messiah either…