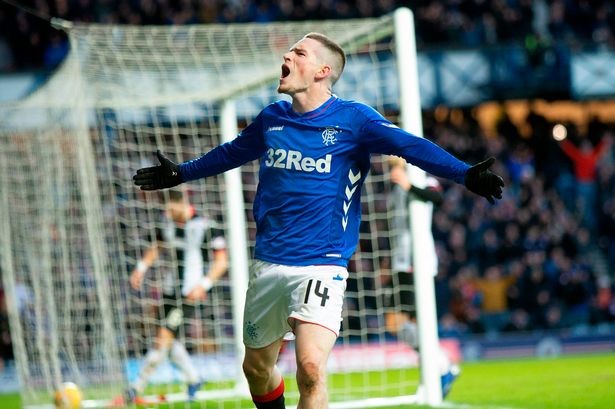 Ryan Kent’s first interview as a permanent recruit was filled with tonnes of soundbites fans will have loved hearing, especially the notion that Rangers fans are better than Liverpool fans.

But it was a slightly innocuous comment near the end of his comments which stood out much more significantly and while we draw few conclusions for it, it was nonetheless intriguing:

“I’m hoping to come straight back in and make a difference already.”

With the amount Rangers have paid for Kent, breaking our transfer record since Flo, making the 22-year old the most expensive signing in Rangers’ history bar one, Kent’s own comments suggest he has a 100% expectation that he will play.

This is interesting, in both good and bad ways.

It’s good because the lad clearly has confidence, and believes he can and will make a difference to Rangers’ first team. He had a mostly great first season, occasionally staggeringly brilliant, and sometimes a little quiet – but having sealed his permanent return, Kent now seems to have a belief he’s a first-pick absolute.

But we must ward against complacency. The price tag on his head is not an insurance policy to guarantee he plays – far from it. Look at Filip Helander – he cost £3M and has barely played at all thanks to the ridiculous form of Nikola Katic. And yet when we saw how much he cost we assumed there was no way a Swedish international at that price was going to be benched.

And yet he is. So don’t assume Kent will play just because he cost a lot.

The likelihood is he will, of course, and the price tag does have a part to play in that assumption – but it could be erroneous. Player fees haven’t guaranteed much – Helander, Grezda and Barisic over the past 12 months have been £7M of talent rotting on the bench. So on that logic Kent shouldn’t presume anything.

But of course he’s Gerrard’s absolute favourite – the manager loves this winger and will likely always play him.

And given the games where he especially stood out last season, we totally endorse this. But we have to also remember the matches, in the majority, in which he didn’t excel – in total we suggest he had a truly stunning five performances, some really miraculous displays.

But that’s only five over the whole season, and he was at best average in the Europa League. He got that head of steam by around November and in December he put in three utterly ridiculous performances – Hearts, Rapid then Celtic. Those defined him and are essentially what Rangers fans will expect for the £7.5M. But this calendar year he wasn’t as good as that all the time. And we must be wary of that.

Kent is certainly under pressure now, and it’s pressure he will welcome and relish.