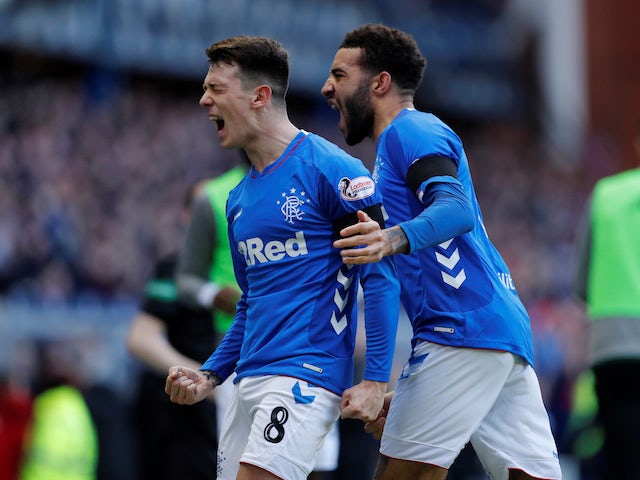 Two of the top three will do battle at Ibrox on Saturday as Rangers could narrow the gap at the top of the Scottish Premiership. It could be a crucial game in the season for the Gers as Steven Gerrard’s side can ill-afford to lose ground of Celtic. However, Aberdeen are no slouches and will put the Gers through a rigorous test.

Rangers seem to have turned a corner since their defeat in the Old Firm against Celtic, and that momentum will be crucial when Aberdeen come to Ibrox on Saturday afternoon. The Gers sit three points behind Celtic at this moment, and a win will be crucial if they aspirations of the league title. So far the only blemish on Rangers record came in the Old Firm, as they have won all five of their other fixtures in the top-flight. In the process, they have scored 16 goals and just conceded the five. The turning point for Gerrard and his side could have come with that derby defeat as they have been imperious since that match.
During the last three games, they have remained unbeaten in all competitions and have scored eight goals and just conceded the one. That run includes a Europa League success against Feyenoord, which highlights the quality in the squad. The re-addition of Ryan Kent in the squad has been crucial to this and could turn out to be the most important bit of business that the club did over the summer months. Meanwhile, Alfred Morelos has enjoyed a renaissance since being left out of the starting line up against Celtic, as he has scored twice in the previous two league games. Jermaine Defoe also boasts the same return, and the threat that this side have in front of goal is enough to get fans excited.
It’s the attacking threat that could be the reason Gers can mount a title challenge, as their defensive record isn’t as strong as it should be. They trail behind Celtic and Aberdeen in terms of the fewest goals conceded, but that is something that will surely be amended as the season progresses. The recent 4-0 win at St Johnstone was an excellent example of how far this team have come under Gerrard. This would have been previously a game that the club could have dropped points, but there was no such mistake on Sunday. The dominant second-half display saw three different scorers find the back of the net, and the result never looked in doubt; even at half times with the sides’ level at 0-0. Morelos opened the scoring two minutes into the second half before Connor Goldson doubled the lead 15 minutes later. Defoe scored his two quick fire goals in the final five minutes, which just highlights that this side are always craving more goals. It’s an exciting time to be a Rangers fan, and they could put down a significant marker on Saturday.

Aberdeen are currently in third in the SPL, just one place and four points behind Rangers. However, while Rangers have been an attacking threat throughout the early weeks of the season, Aberdeen have been anything but that. They have only managed to score nine goals in their first six matches. Defensively is where the club are strong as they have only conceded four goals so far this season. Their biggest problem so far this campaign has been draws. They have drawn two games out six and lost once.
Aberdeen have won two of their past three and have only conceded one goal in this spell of league matches. The only dropped points to have come over this recent form came in a home draw against St Johnstone. The two wins have come against Ross County and Livingston with the latter of those being their last outing in the SPL. They won this match 2-0, and the goals were scored by Andrew Considine and Sam Cosgrove. They will put up a good fight against the Gers, but their inability in the attacking third could mean a draw is the best result they can hope for.

Rangers hold a dominant advantage over Aberdeen having won 133 of their previous meetings. Meanwhile, the Dons have won 65 times, and there have been 78 draws. The last meeting between the teams can in April and Rangers ran out 2-0 winners.

Jordan Jones and Jon Flanagan will be missing for the home side. Meanwhile, Ryan Kent will face a late fitness test and Joe Aribo misses out.

Funso Ojo, Craig Bryson, Scott Wright and Scott McKenna will all be missing for the Dons for their trip to Ibrox.

This offers to be a lively afternoon at Ibrox, but it seems impossible to predict anything other than a Rangers win. The attacking threat they pose will mean they will create numerous chances, and it’s difficult to see Aberdeen finding the back of the net.