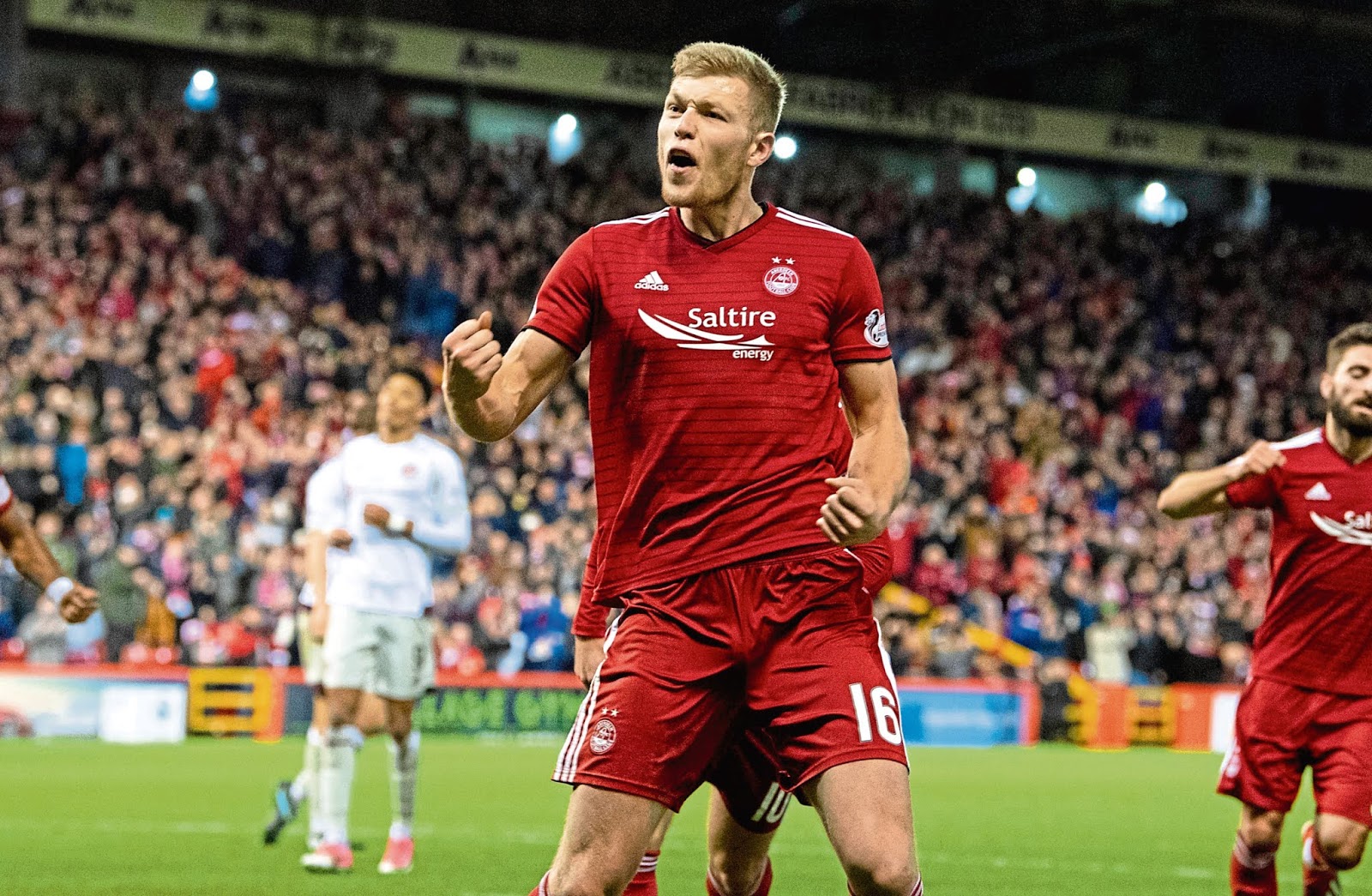 Rangers have been linked with a January interest in Aberdeen’s on-fire striker Sam Cosgrove.

The 22-year old, signed for a modest £500,000 by the Dons, is currently contracted to 2022, meaning any move for the SPL’s current second top striker would cost considerably more, especially given the lucrative links this summer to Serie A giants Lazio.

The former Wigan striker has an outstanding career record, with 33 in 94, with 4 in the league this season already in 6, and of course last season despite Aberdeen’s lowly fourth-placed finished he still nabbed 16 in 30 for Derek McInnes’ men.

The fact is this 22-year old, in a team sitting in a distant third in the table, is putting away chances, and Rangers are said to be keeping tabs on him as a possible January addition if he keeps this form up.

In terms of transfer fee, he’d likely cost in the region of £3M, such is Aberdeen’s deep friendship with Rangers and keenness to do business following the pain-free signing of Kenny McLean (!)

And with Lazio’s interest well-documented, the former Carlisle striker’s sudden rise to the top of the Scottish game means Rangers would have their work cut out to add that third striker, following the apparent failure of Greg Stewart to impress and the failure overall of the now-departed Kyle Lafferty.

Few Rangers fans would object to the clinical number 9 coming to Ibrox, but it wouldn’t be on the cheap.