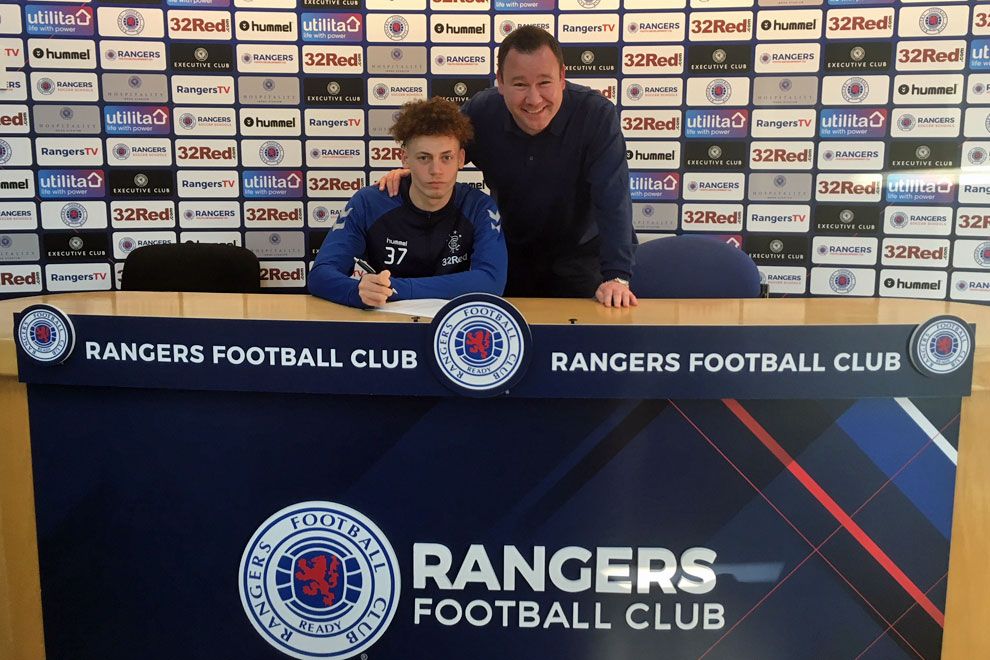 As anyone who watched the Alkass tournament last year would attest, Rangers have something very special indeed on their hands in the form of youngster Nathan Young-Coombes.

The 16-year old attacker was one of the players of the tournament for the young Gers, as Rangers ran out trophy winners v the mighty Roma.

While we’d never be so irresponsible to suggest he’s ready for the first team yet, at such a tender age, equally Lionel Messi and Wayne Rooney both started exceptionally young, and for demanding clubs, albeit maybe not quite as intense in the case of Rooney.

Not that we’re arguing that Young-Coombes is as good as either, but then, how many Celtic supporters reckoned Van Dijk would be the world’s best defender in a few years?

Rangers do have a talent here, and a dearth of high-quality attacking playmakers in the side. We have a tonne of wingers, yes, but no real number 10s worth speaking of.

NYC is of an age where his exact position can still be nurtured, evolved and refined, and if his coaches see a masterful number 10 in his potential, he’s seriously one for the future.

The fact is we’ve seen the quality he has, and it’s remarkable. Chelsea stole Billy Gilmour from Rangers, and we’ve pulled off a coup of our own snapping up NYC in return.

Whether we’ll see him knocking on the door of the senior squad sometime soon we don’t know, but the talent he’s displayed suggests he’s one who has more chance than most of making it.

And we’d love to see one of our youth products breaking into the senior ranks.