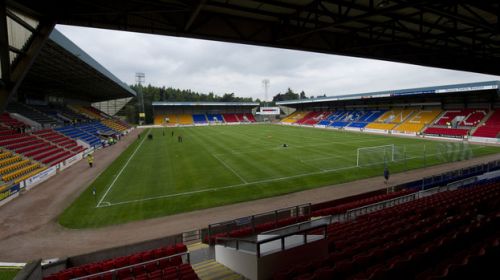 Rangers return to SPL action on Sunday afternoon after
impressing in Europe during the week, and there is a sense that they are in a
strong position to push on now and narrow the gap on Celtic at the top of the league.

The Gers will be without Ryan Kent and Jordan Jones who continue
to both be missing through injury. Meanwhile, Jon Flanagan also remains on the
sidelines. However there are no other fresh injury worries following Ryan Jack’s
recovery from a knee knock.

The home side have no injury concerns.

Rangers hold a dominant record in this fixture having won on
115 occasions, and this is reflected in the fact that Compare Your Odds make Rangers 1/3 favourites to win. St Johnstone have only won 16 times, and
there have been 17 draws. Rangers won two of the fixtures last season, but both
of these came before Christmas. The final meeting between these sides ended 0-0
at Ibrox in February.

It could be claimed that the international break came at the
perfect time for Steven Gerrard and Rangers, as they have been able to take
stock and rebuild for a challenge at the SPL title. That certainly isn’t beyond
them judging by their last two performances. It would seem that the Old Firm
defeat has been washed out of the system, and the gaps that were there on that
day have been fixed. Undoubtedly the signing of Ryan Kent from Liverpool has
also had an impression on the side, and he could be the missing piece to the
jigsaw that could cement a strong run of form.
Last time out in the league Rangers struggled a touch at
Ibrox against Livingston, but showed all the hallmarks of potential champions
in gritting out the win. The Gers trailed early after the break after the visitors
scored a penalty two minutes into the second half. However, the never-say-die
attitude that has been bred into this young Rangers side by Gerrard was on full
display as they came roaring back with three unanswered goals in the final 35
minutes.
Talismanic captain James Tavernier levelled the scores, before two
goals in ten minutes from Alfredo Morelos and Brandon Barker completely changed
the complexity of the game. On this showing, and with the kind of attitude the
players are playing with there doesn’t seem that could be anything to faze
them.
Another example of that came on Thursday night when Rangers
kickstarted their Europa League group campaign against Dutch side Feyenoord. As is typically the case with sides from the
Netherlands, they are very good in possession and the pass and move philosophy
was evident from the start. The task ahead of the Gers was not a straightforward
one, and they would have to play some of the best that they have all season to
start the European campaign with a win. The Gers did just that. Gerrard had
come in for criticism over recent weeks for his tactics, but on this night he
got them spot on. Gers looked difficult to break down and were fluid on the
counter-attack when they had the ball. Sheyi Ojo took his half chance when it
fell to him, and that has long been the missing piece for Rangers in European
action. It was a brilliant result and one that gives Gerrard’s side an
excellent chance of kicking on and making it through. Of course, there are
tricky fixtures on the horizon against Porto and Young Boys, but first, the
attention must turn back to domestic competition.

St Johnstone have endured a difficult start to the new SPL
season and currently sit second from bottom having failed to register a single
win thus far. Perhaps more concerning would be their poor defensive record as
no other side has conceded more than their 13. However, over recent weeks,
there have been signs of improvement as they have drawn twice in their last
three. This has seen them leapfrog Hearts from the bottom of the pile, and it
could be argued that they are actually better than what we have seen from them
in terms of results. They are missing a leader in the defence that can sort out
difficult situations, and that is something Rangers can take full advantage of.
These two recent draws have come against Hibernian and Aberdeen. Both of them
have come away from home, which means they are more dangerous away from their
home fans. The defeat in this period came against Kilmarnock at McDiarmid Park.
Rangers shouldn’t be too concerned.
This should be a smooth win for Steven Gerrard’s men, assuming
he can refresh the side from Thursday’s exertions.