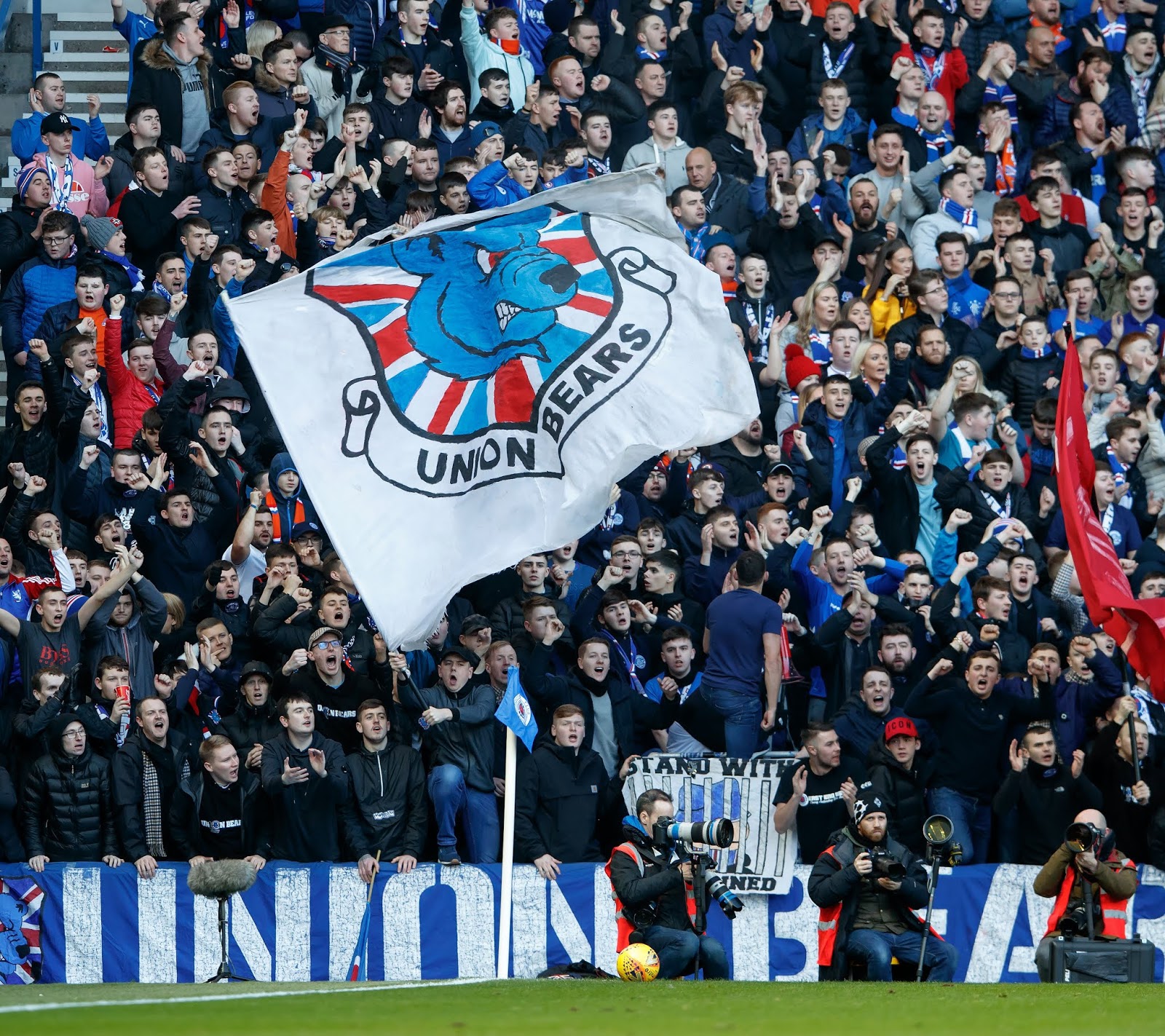 Regulars will know we praised the away fans as our MOTM on Wednesday, given their vibrance, boisterousness and Noise (after our own hearts there), but following an accident which reportedly left a 13-year old child injured, they have come under fire from the media and sections of our own support for being a scourge on the fanbase.

We agree that the incident was deeply irresponsible and reckless, and much more care should have been taken than clearly was, but while we have a number of issues with the Union Bears overall, and aren’t generally fans of any clubs’ Ultras, we have to go out on a limb here and defend them for being one of the most consistent aspects of atmosphere this club boasts.

Many a time Ibrox would be a bit like a morgue if not for the drumming, chanting and singing coming from the UB’s spot, and while they do have a lot to learn about some aspects of how to behave, we find it hard to jump on the bandwagon of hate they’re getting, particularly from their fellow fans.

We saw that flare on Wednesday, it was clear as day from the start of the match, and only after an injury does the Scottish media choose to announce it?

If this flare had been ‘so outrageous’ would the stewards not immediately have gone up and had it put out?

We don’t defend the use of flares, nor the injury sustained, but we find the hypocrisy of allowing it to happen then complaining about it a little beyond the pale, and we think it’s a touch unfair that the one source of consistent and illuminating atmosphere among our support gets lambasted like this.

We have never liked ultras, and that goes for the UB too, so if any of you are reading this is not a fan article praising you. But we do know you’re needed, and you’re being attacked by others who probably know you’re needed too.

That said, we’d strongly appeal to you, and all fans, to be extremely careful in the future with devices like pyrotechnics. This is people’s lives and health you’re putting on the line, and these contraptions probably aren’t suited to a congested away stadium.

But nevertheless, we can’t help feeling the media (and our own fans) have been quick to ravage the UB and away fans, fans who have (mostly) done the club great credit this season.

Still, easy targets and all that…