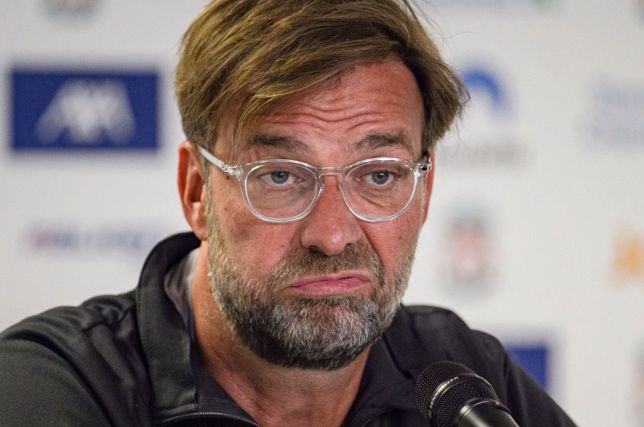 We thought we were done talking about Ryan Kent, and given Jordan Jones’ stunning displays lately it does feel like we may have acquired a better model anyway, but for all the superb work Jurgen Klopp has done at Liverpool, turning them from also-rans into one of the top four-clubs in Europe today, we have to admit his mismanagement of Kent is absolutely bewildering.

Having given him a prominent place in pre-season, and having praised him significantly, Klopp blocked any loan move out again for the 22-year old while allowing his colleague Harry Wilson to go to PL rivals Bournemouth, and has now left Kent to rot in the U23s.

We have to wonder what on earth has happened here between the two to leave Kent in such an ignominious position.

Yes, Kent did take a big of a slight at Liverpool by unfollowing them on all his social media channels, before then adding a cryptic theological slur at them on his accounts, but this was all after the fact in response to Klopp’s decisions and management of him.

It’s hard to criticise the Anfield boss. He’s taken the Scousers to new-found levels, and only an unbelievably good Manchester City are marginally better than them in England.

So what he’s doing leaving Kent to rot in the reserves where he could at least be out on loan is beyond us.

We suggested in a previous entry Klopp wouldn’t want unhappy players stuck in the U23s, and he was too smart a manager to allow that to happen, and in the case of Harry Wilson he clearly is.

But with Kent, has something happened between he and Klopp to leave the German manager rejecting Kent in this way and giving him no feasible out?

Rangers, of course, have been linked forever with him, and with the signing of Brandon Barker from, ironically enough, Man City, have arguably moved on now from Kent.

But it just does leave a bit of a sour taste in many mouths to see Kent wasting away with the U23s in the Premier League 2 in front of essential ghost town stadiums while Rangers get on with their season.

Leeds of course were reported to have bid around the asking price of £5M and Liverpool rejected that. Which even further hints at Kent and Klopp having some serious issue that would see Liverpool dismiss a decent bid for Kent in favour of him wasting in the reserves.

And of course Rangers won’t spend that kind of cash so a loan is the only offer. But it was good enough for Wilson.

Just not, now, it seems, for Kent.

What a sorry tale.