Home Rangers Stevie may have played a blinder with this one 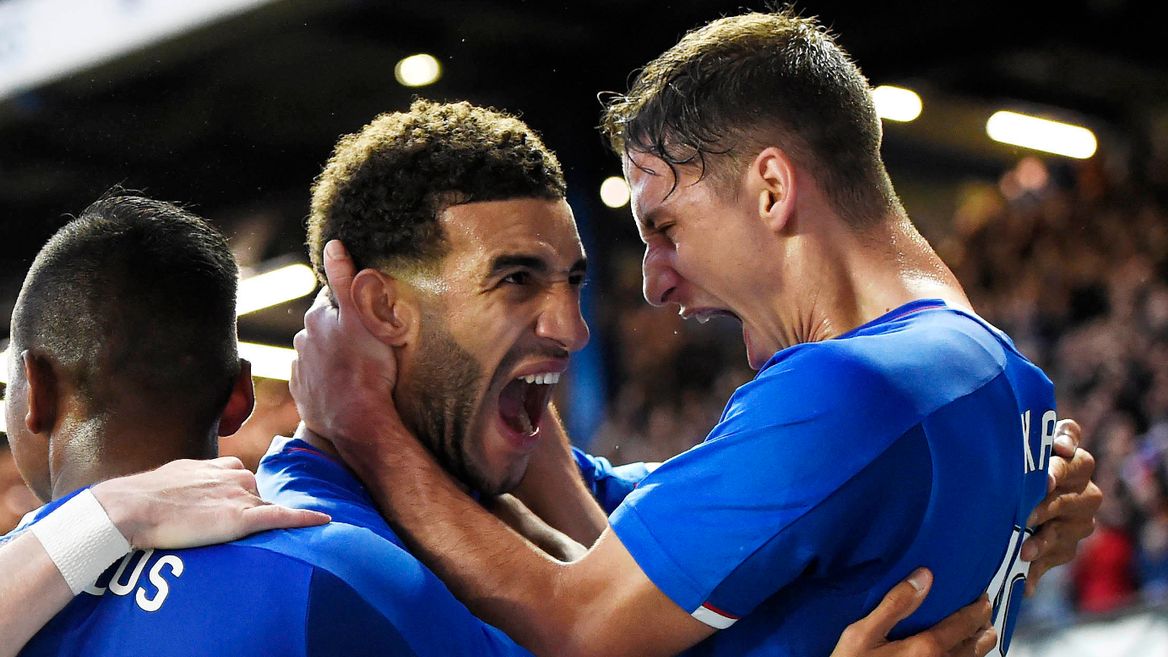 As we alluded to in our last piece, while left back is a bit of a mess, over the past match or two it’s started to look like Steven Gerrard’s central duo of Connor Goldson and Nikola Katic have clicked.

Of course, all was well last season early on before the partnership was broken by legalities, but forgetting all that, the reunion of these two has taken a fair old while to get going.

While Rangers did remarkably over the split, the pairing of Katic and Goldson didn’t pick up quite from where it left off, and seemed rusty. In fairness, being separated for the best part of 6 months will do that.

And this left us to worry and suggest this pairing no longer worked.

The past match or two have changed that.

Particularly v the Danes, the two of them were on the right wavelength – individually playing well, and coordinating efficiently as a unit.

Goldson’s improved his ball work, his passing, and his aerial prowess, while becoming more of a leader and communicating, while Katic has improved his composure on the ball, linking with midfield, and scoring great goals, while keeping all that made him good at the back last season, and even eliminating the majority of his errors.

And now we’re seeing the fruits of that tenacity, as Katic’s game improves along with the gelling with the Englishman.

We’d say the old cliché of ‘tougher tests are to come’ but this season we’ve already faced 6 legs of European competition, Hibs and Killie – and we’ve won all bar one of these matches – with this defence delivering shut outs in abundance.

It’s good to see a real partnership seemingly finally being forged – a reliable duo who will repel most attacks.

The only flip side to this is George Edmundson and Filip Helander, the latter of which definitely moved to Rangers to play, are not getting game time.

But when the first-choice players are delivering this well, as much as they can complain, it’s Rangers who benefit.

And that’s the way it should be.