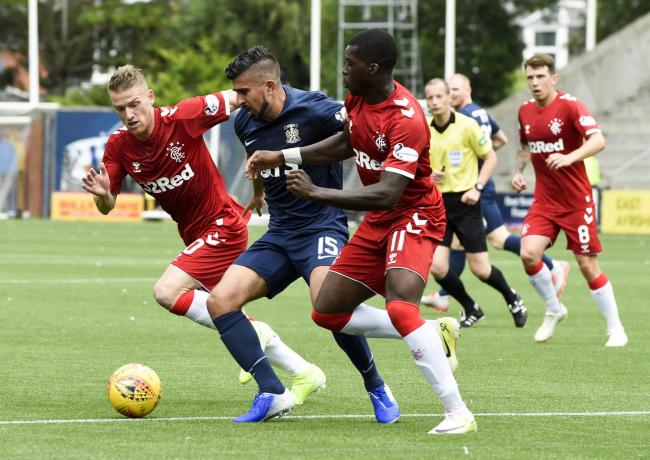 As the embers die out on the opening fixture of the season, Ibrox Noise, having had some hours to think on it, conjured the following things we learned after grinding our way to a victory at Rugby Park.

This list has good and bad aspects in it, so anyone wanting pure optimism or negativity will be sorely mistaken. We’re calling as we see.

1: Rangers’ play hasn’t evolved since last season. Steven Gerrard’s team selection was surprising, but the tactics weren’t. It’s still slow and ponderous passing in the middle and back, while lightly jabbing at the opposing rearguard – very few venomous punches get thrown, and Rangers just lack conviction. This wasn’t half as efficient as the post-split wins last season, and way more like the stodgy fare we saw in the sole loss. Funnily enough at this ground too. It’s early days though, so let’s not overreact.

2: And alluding to that, it is indeed early days – whatever happened in this match, it was the start of the season and we’d normally suggest not to judge from that, but there’s two problems here. Firstly, the past three season openers have very much been accurate omens of that term’s prospects – the horrific draw with Hamilton in 2016, the struggled win at Fir Park in 2017, and the draw last season at Pittodrie were all vaguely accurate to how the season ended up overall. The other problem is that excuse of not judging can sure apply to friendlies and even low-level European football, but this is the SPL. So, early days or not, judging started today.

3: Sheyi Ojo is yet another example of a garbage Liverpool/English loanee who will have to play to fulfil his quota. This is possibly harsh, but we saw nothing today to suggest he’s any better than all the failures who came before him. True, Kent came onto a game after a similarly weak start, but not a consistent one. And otherwise, the loans were all simply trash. Ojo will be better sometimes than others, but already he looks like the wrong guy in the wrong team. Why do we bother with loans…

4: This team showed real grit at a legendarily tough ground. The play was not great, but despite conceding, Gerrard’s men held on to break through again. Some fans might be frothing at how poorly the side performed, but this is one of those venues where a win matters more than the performance.

5: And relating to that – which to focus on? The performance? Or the result? Would we like 38 torturous 2-1 wins all season, or some great performances and a ton of dropped points. We know what we’d take.

6: Defence remains as creaky as always. Kilmarnock got too much joy for comfort – too many easy lobbed balls behind the defence, and with better finishing they’d have put this one out of sight. We’re no longer happy with the Goldson Katic defence.

7: Ryan Jack is a shining example of a player who is expressing himself, keeping it simple, and keeping on doing what he’s doing. Sometimes he won’t have such effective matches – but this one was solid and he was one of Rangers’ best. Despite all the midfield talent, he remains consistent.

8: Speaking of midfield, what a disappointing debut in the league for Aribo. Struggled to make himself known in the first half, and did little of note, but did get more involved in the second 45 and two moments of class (and slight fortune) could have won the match earlier. We hope he takes the small amount of good he did and evolves that into his whole game. The SPL has swallowed up better players than he whole.

9: Jordan Jones will have been gutted not to start – and frankly seeing the tired Scott Arfield on the left instead of a dedicated winger was a tactical blunder from the manager. Arfield is a midfielder or a capable right flanker – he is not best-suited to the left and he shouldn’t be getting played there. Jones should.

10: Glen Kamara played no part in this, alluding to his mediocre form in pre-season. He’s just not been good enough overall, and despite being a former manager favourite, if he doesn’t buck up his ideas, get his mistakes crucially reduced and start looking the part, he will be on the subs bench more often than not. It’s early days (we’ll be saying that a lot), but despite his red card, we can’t help wondering if the exit of Ross McCrorie was such a good idea.

11: The run of stale Rangers form sadly continued. After such a bright start to pre-season, the turgid draw with Blackburn seemed to change things, and despite mostly good results after that, this struggled win and the painful draw in Luxembourg suggest it’s not quite clicking yet. We hope it does soon. We miss that clinical split form.

12: James Tavernier is really struggling with both Ojo, and the absence of his old wingman. He is ok in defence, ok in attack, but isn’t looking the flying attacking wingback he did last season. He has no connection with the loanee, and is relying more and more on Morelos to provide the linkup. He’s also, it must be said, picked up his defensive game a lot, with no one to cover him. And that’s a good thing. But today’s performance wasn’t up to it, and he hasn’t been up to it for quite a while.

13: Steven Gerrard has a better touch than the whole team put together.

Any we missed or that you agree/disagree with?