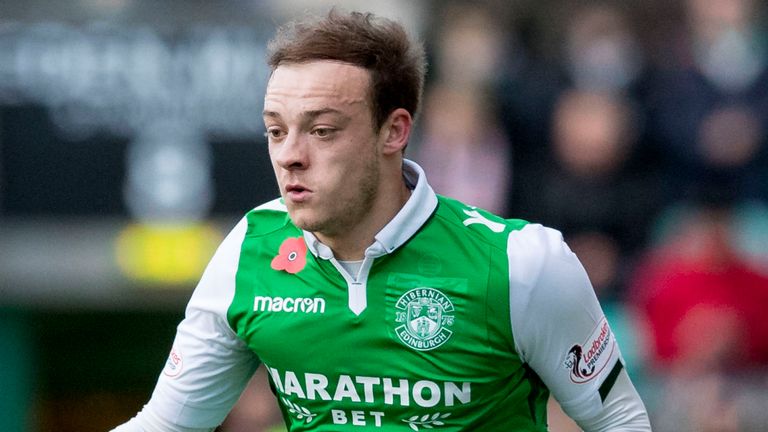 Manchester City’s former Hibs loanee Brandon Barker is today putting the finishing touches on his move to Ibrox, having agreed a deadline day deal to return to the SPL.

Ibrox Noise, like many of our peers, famously recall his sterling performance in December 2017 v Rangers as a sub, when he, to put not too fine a point on it, destroyed James Tavernier among others.

At that point Rangers fans, still suffering Aaron Nemane, questioned how Hibs could get a player of this talent while Mark Allen had brought in Nemane by comparison.

But it rather faded for Barker after this. A switch to Preston was modest at best, and unfortunately for the 22-year old he struggled to play many matches that season with just 6 league starts and a pile of sub appearances, plus entire absences. Mostly injury-related.

Now Steven Gerrard is close to finalising the deal – although it’s unclear if it’s a loan or a permanent.

Do we favour this signature?

If it’s loan, no. Simple as that. We’re done borrowing young players who are out of favour at their parent club. Ojo was the final straw on that one. But the word is this is a permanent, so that’s thankfully more preferable.

As for the ability side – he did tear Rangers to pieces at Hibs, with a style similar in fact to Ryan Kent – a low-gravity winger with trickery and pace. And also enjoyed a number of other standout matches too for Neil Lennon’s men. So we’re not 100% against this on that basis.

But there’s the question of wingers – right now Rangers have maybe six wingers on the books. Murphy, Grezda, Middleton, Hastie, Jones and Ojo. Barker makes that seven. How many do we need? We accept that Grezda is for the chop, while Hastie isn’t favoured right now and Middleton is said to be going to Barker’s old stomping ground at Easter Road. But none of these have actually happened yet so the numbers remain around 6 or 7. It’s a bit ‘bulky’.

It does, however, definitely put to bed the Ryan Kent story. Steven Gerrard will still keep that door open but he’s clearly moving on completely and bringing in a left winger to enhance the creativity down that side.

Word is this will also benefit from the classic ‘cross border’ fee issue with sub-23 year old players, so Rangers won’t pay much more than the traditional £250,000 for Barker’s signature.

We’ll dissect this deal more in due course but are you happy with the signing of Brandon Barker?