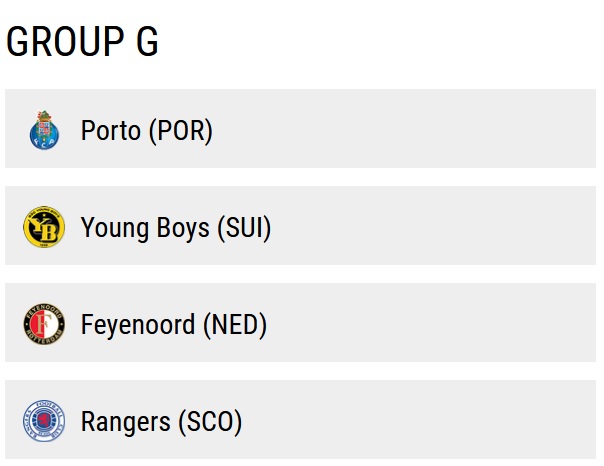 We are not ashamed to say we’ve missed European football badly here at Ibrox Noise.

7 years without made us cherish last year’s tournament, given we weren’t exactly able to savour 2017’s ‘campaign’, but watching the draw for this season’s new tournament really did feel good.

Whatever we feel about Uefa, our fans, the charges blah blah – we’re in the Europa League again and this year there’s no doubt the quality of the tournament is the best it’s ever been.

English giants Man Utd and Arsenal, Portuguese colossus Porto, German cracks Eintracht, Dutch mammoths PSV and Feyenoord and plenty more massive massive teams made up the draw for today’s draw – teams who are quite at home in the elite of the Champions League.

And the reality is we found last season’s draw an absolute bore. We loved being in that company but when we got Villarreal, Spartak and Rapid it was something of a let-down.

We wanted the sexy glamour ties, the big shiny group of death, and we got an average group instead.

This year, oh boy – did we get what we wanted.

We wanted Arsenal or Man Utd – didn’t quite get that. But we’d have taken the next best thing – and that was, without doubt, Porto.

We wanted Feyenoord, St Etienne or Rennes – we got Feyenoord.

And we were happy with PSV, Young Boys or Borussia. We got Young Boys.

This is absolutely fantastic – three glamour teams, six glamour ties, and Ibrox will be absolutely rocking even bigger than it was last season for this competition.

Do we want progression? Of course, getting to the KO stage would be fantastic – but it wasn’t the priority. Not for us. We don’t speak for all fans by any means but we wanted matches to be excited about and Porto, Young Boys and Feyenoord nails that for us perfectly.

Plus given the restoration of Ibrox to a bit of a fortress recently, and maybe, maybe we can even go through.

Rangers cannot be underestimated and no one will be enthusiastic about coming to Ibrox.