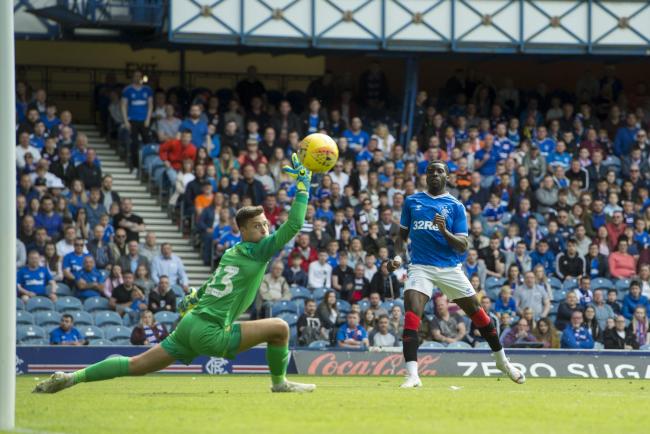 Yesterday’s piece on Jordan Jones highlighted just what a stunning impact the ex-Killie man has had at Ibrox, and what a brilliant piece of business getting him for nought was.

This really was a shred signing, a wise pre-contract from a player ready for a big club, and Jones has shown in leaps and bounds he’s the part.

Unfortunately, the man who seems to be the first choice right now, simply hasn’t.

While some of Sheyi Ojo’s performances have been undeniably bright, there is a real lack of conviction about this player overall, despite his admittedly solid stats.

Indeed, Ojo has two assists and three goals in the Europa League in seven appearances, while he has one of each in his two SPL outings (both v 10-man Hibs).

And yet, like ourselves, fans at large weren’t convinced on Thursday either – while Ojo by no means disgraced himself, he just didn’t appear coherent with the plan – he lacked certainty, and that word again – conviction. He runs in the right places but doesn’t seem incisive with it.

He wins fouls, which we like, but he appears to struggle to link up.

While the selfishness has reduced from his game, we’re not 100% certain he’s the most impressive team player in the side, and his failure to connect up on any level with James Tavernier on the right led to Steven Gerrard switching him over to the left for both Legia games. And he hasn’t exactly shone there either.

Steven Gerrard knows more than me, you, the entire Ibrox Noise team and the whole fanbase put together.

But we can’t help feeling the winger hasn’t settled, and doesn’t quite fit yet.

Maybe he’ll settle, find his feet, and show us what all the fuss is about.

Or maybe he’ll be another Ejaria after all.