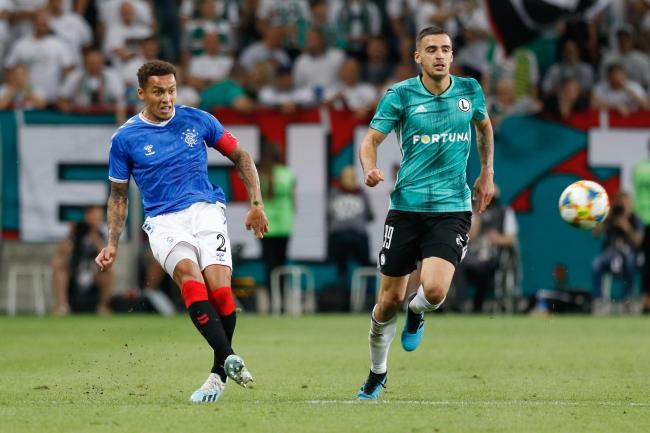 Following such an exemplary start to the season, last night’s rather stodgy draw with Legia, if not quite a reality check, certainly gave Rangers food for thought.

For all the goals the side has been pelting in, the borderline appalling lack of goalmouth action against the home goal really was something of a missed opportunity, and manager Steven Gerrard especially bemoaned the lack of bravery on show.

It was certainly a competent performance, and even a professional one, but it lacked spark, invention and aforementioned courage. The manager often calls it as it is, and this time he was bang on. While it was definitely not one way traffic (indeed, the away side shaded possession and shots on target), it was nevertheless less convincing than previous outings this season, and had a worrying amount in common with the rather drab draw in Luxembourg.

In Rangers’ defence, Legia are one of the stingiest teams in this competition – 7 matches and zero goals conceded – Rangers learned last night why Legia’s record to that point had been 6, as the home side defended carefully, and seemed to have a bit of a tactical edge over the visitors.

This is not to say Gerrard got it wrong – 0-0 away from home in the first leg is a decent result – not an inspiring one, true, but decent. And it leaves things wide open for the return leg.

But the way Rangers have played for the most part this season has been a team who can score in pretty much every match, but only Alfredo Morelos’ close-range shot really tested the home goal.

And that was very much down to how the home side allowed Rangers swathes of possession in the first half without much pressing, allowing defence to do most of the work in repelling the flanks and any creativity through the middle, saving energy for more of an assault in the second half.

It was expected to be a lot of pressing from the Poles, but they pulled a bit of a rabbit out of the hat by sitting off instead, and gave Rangers a lot of the ball, but in areas where Connor Goldson and Steven Davis couldn’t really do a lot of damage with it. The closer to the Polish goal the visitors got, the tighter the pressing got – they’d done their homework on Stevie’s tactics and set out a slight surprise plan.

It wasn’t exactly a roaring success – they didn’t win, after all. But crucially they saved that away goal and that gives them a slight advantage for the second leg.

And coupled with Rangers’ lack of conviction overall, this was a first leg result which Legia will be marginally happier with than Steven Gerrard’s men.

In the second leg attacking must be more clinical and vibrant, and more convincing overlapping (there was absolutely none of that last night) on the flanks to give width and further crossing opportunities.

Because this is a side who knows how to defend, and how to strangle. And they also know how to play.

It’s safe to say, in many respects, the second leg at Ibrox is Steven Gerrard’s first significant intellectual managerial test as Rangers boss. A tricky match, a stodgy opponent as capable of playing tight as they are of expansive, and the currency of the away goal. A group place rests on the outcome.

Gerrard has been pretty much imperious this season. Next Thursday is his chance to show just how much.