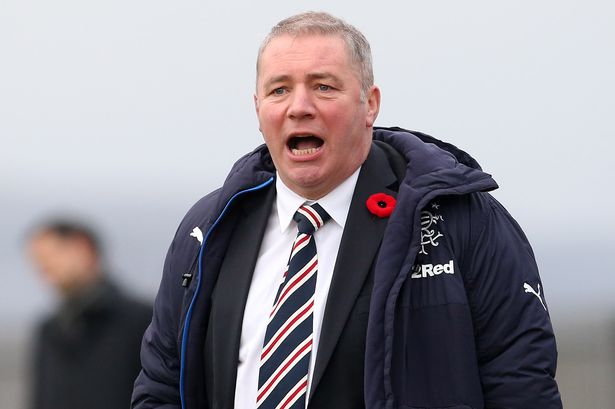 We’re in a bit of a nostalgic mood here on Ibrox Noise. A few of us were talking about the bad old days, the days where Ally was manager and the mood round the place really wasn’t the best.

And yet, there’s a sense of pride and appreciation of those days, and particularly for Ally himself.

We on the site weren’t the biggest fans of his management, we hold our hands up and admit that. We were critical and harsh of how he did a number of things, but we also know he’s a big boy and can more than take any pelters from an Internet fan site.

But looking back, with wisdom, hindsight, and genuine sincerity at his time at the helm, Ally McCoist was without a doubt the main reason us Rangers fans kept going. He didn’t do walking away, and it felt like he was holding our club up alone.

The Great Sandy of course helped him a lot, and was a glorious figurehead for so many reasons, and was a massive part of that historic march to Hampden, but the day-to-day running and media work was all McCoist, and despite certain things he did and might reflect on as errors, we needed Ally, more then than we ever did during his wondrous playing career.

Rangers fans feared they were losing their club – and when he said those immortal words they were what we needed to hear. That our legends were sticking by the club, that no matter what happened in those deep dark days of 2012/2013, the men we trusted with the best interests of the club were staying with it.

Of course, we lost Sandy far far too early, and he would have been such a support network for Ally, but as it turned out, McCoist basically held Rangers up on his own.

We know he got a lot wrong, and we know a lot of fans still have an axe to grind for a number of them, but there was no one who was willing, or capable, of doing the job keeping Rangers ticking that Ally did.

Yes, he didn’t leave the legacy he wanted to, with a lot of bad signings, and a lot of misappropriated funds, but he left us with a club, and for a fearful few months in the hell that was spring/summer 2012 that looked like a genuine risk.

Steven Gerrard today is blessed with a club which is in much better nick than the one which suffered during those days. He’s doing a hell of a job these days with a modest budget, and building something we’re starting to really admire.

But it’s hugely thanks to one of his predecessors he has a club to do that with at all.