Home Rangers Did English side just ‘swap’ one Rangers man for another? 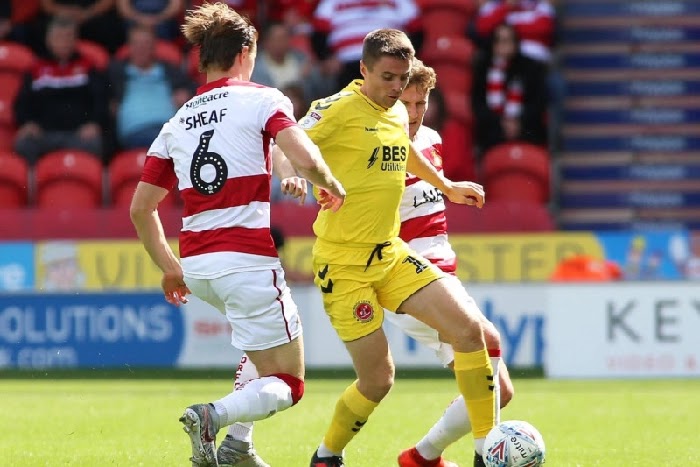 With today’s story suggesting struggling Jason Holt is set to get a switch to McDiarmid Park on loan for the season, as much as we’re pleased this guy will (hopefully) finally get a gig, we’re genuinely puzzled why it isn’t at Fleetwood.

Joey Barton brought Holt in specifically because he knew him, and the loan spell down south actually went rather well, managing an excellent 36 appearances in League One, and manager Joey Barton was extremely happy with the 26-year old midfielder, admitting he’d like to make the deal permanent, or at least bring him back on loan again.

In short, Holt’s future appeared set at Highbury, and once his loan there expired it looked to all intents and purposes like the dynamic engine room man would just go straight back.

Only, that didn’t happen.

Holt remains stuck at Ibrox, with only this switch to St Johnstone as a possible lead for his career.

However, someone in his position, from Rangers, funnily enough, was most certainly signed by Barton, and on a loan, and we have a nagging feeling Fleetwood nabbed him instead of Holt, rather than as well as.

Jordan Rossiter of course went to Highbury for a season’s spell, and plays exactly the same slot Holt occupied during his time there – have the League One side literally swapped one Rangers player for another?

And with Rossiter’s injury history, and Holt’s lack of, we do wonder why they didn’t just haul both of them south instead of the ex-Liverpool man alone given how potentially unreliable he is – he’s injured again, if you didn’t know.

As it turned out, Rossiter got the move, and essentially Holt’s jersey (Rossiter actually has 16 to Holt’s 4, but potaytoes potahtoes).

And we hope Holt still gets the move he’s earned. It just appears not to be back to Fleetwood.