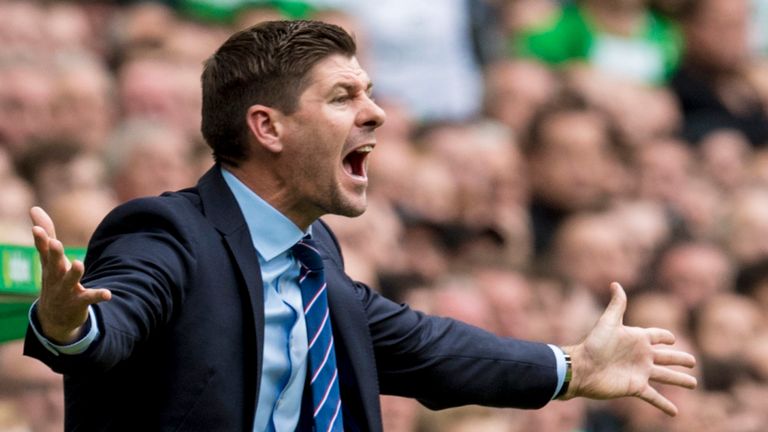 There are two sides to Rangers’ recent form – there’s the good, and there’s the bad. We have to be honest and realistic about how Rangers are currently playing, and what the results actually mean.

If we go back to the 15th, we secured a comfortable and frankly impressive victory over Danes Midtjylland. That got us to the playoff v Legia, and, to be totally blunt, that second leg was the last time we played admirably.

The 3-0 win over East Fife was mediocre, even if the score was decent, and the first leg of Legia was a laboured affair in which the away side could barely register a decent shot on target.

Unfortunately, today’s SPL fixture with St Mirren was another example of huff and puff – sideways passing and a lack of convincing penetration, with zero meaningful open play shots on target.

But how do we analyse this?

Well, let’s look at the positive:

Rangers are getting the results they need, even if the performances at present aren’t particularly glorious. St Mirren fell to a marvellous free kick, East Fife were ultimately undone by three players in good form that afternoon (Jones, Aribo, and Defoe), and a draw away from home in Europe is never a bad result, regardless of its manner.

Rangers, despite the form we appear to have gone into over the past 270 minutes, are getting the necessary jobs done.

We are joint top with Celtic, second on goal difference, and have a wide open chance of getting to the group stage of the UEL, while remaining competitive or more in every tournament we’re currently in.

There’s much to build on here.

But negatively, we have to look at the circumstances. The win over East Fife, even though it was a fringe side, was a pretty horrible afternoon. The conditions at Methil played a part, but they didn’t overly affect Aribo, Defoe and Jones, who essentially were the difference. The rest of the side, however, laboured at best, and for a fringe Rangers XI to struggle against a League One side was a little concerning.

Meanwhile the first leg v Legia was competent, but not clinical – there was a lack of incisive attacking despite a forward line of Ojo, Arfield and Morelos, and Rangers registered little threatening intent. Then that pattern repeated today, against a side of considerably lower calibre than the Poles.

Some reading this might feel mortified that we’re calling out the performances when ultimately we remain in a very healthy position – and it’s a fair point. We’re getting the results, so what do the displays matter?

The problem is if we’re suddenly struggling to put away East Fife and St Mirren, what does that say when we face the likes of Celtic – what does it say long term if we’ve hit a bit of a skid this early into the season?

On the other hand, is there a better time to hit a lull while still getting the results than early season? Is that not the best time to get the ‘chafe’ out of the system while getting up to full speed and still managing to secure the results?

It is a result-based business – and Rangers are getting those.

The manner of getting them has just hit a slight buffer of late though, and hopefully it’s inconsequential. Next Sunday by 3PM we’ll potentially both be in the UEL and have 3 points over Celtic. Then scraping a win over Jim Goodwin won’t have mattered, just the 3 points.

After all, Walter didn’t exactly win 9IAR by playing like Barcelona now did he….