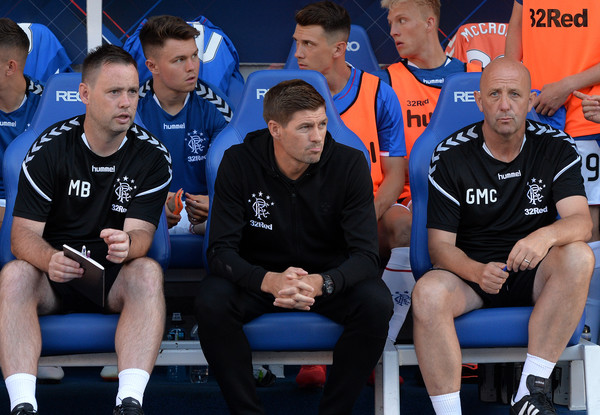 When Pedro Caixinha entered into his first transfer window at Ibrox, his budget for the ill-fated Hispanic revolution ended up being around £12M. Naturally, aside the £800K for Alfredo Morelos, this was a complete and total waste of money with every fee paid out having been wasted.

The following summer it was Steven Gerrard’s turn, and he too was gifted £11M. He didn’t waste the cash to the same extent, but it’s safe to say Borna Barisic, Kyle Lafferty, Jamie Murphy and Eros Grezda were not the best use of £6M+.

Fast forward to this summer, and there has definitely been a shift in spending.

Only £4M has actually been spent on a grand total of 8 players. This is the least amount spent in a summer since Pedro’s diabolical summer of waste.

What has caused such a diametric shift?

First of all, we discussed the new tactic from Gerrard – accruing sub-23-year old talent, paying £250K on a technicality, and developing them into assets. Asset building, in short. 4 players already this summer arrived at £250K – Hastie, Aribo, Barker and Edmundson. All 22 or younger, and all with the potential to develop into valuable players into the millions.

But, there’s another reason. Rangers’ board clearly decided two summers of wasted investment costing a total of around £18M wasn’t going to be repeated, and Gerrard would have to exploit the ‘Jordan Rossiter’ or ‘Moussa Dembele’ cross-border loophole in order to get top-quality talent at a bargain price.

We believe this isn’t so much that they didn’t trust the manager, more that they elected for a change of policy this time around. Instead of lavishing out the multimillions on risky signings, low-cost low-risk alternatives were a far safer avenue.

And with the money saved, the accounts will look far better with lower overheads.

They did sanction the £3M on Filip Helander, and, if we’re honest, we remain very unsure about his qualities at this point. His overall CV is good, but his fitness history dubious, and his not being a first-pick for midtable Bologna last season isn’t exactly prime stock.

And that’s the only big spending this summer.

We are of course linked to Senegalese striker Konate valued at £5M, and the boring old £6M Ryan Kent soap opera rumbles on ad nauseum, but we don’t expect these to bear fruit, in truth.

Not at those prices.

Rangers have been careful this summer in the transfer market. The wasteful summer spending of recent years is no longer being sanctioned for many reasons, prudence being one. Only special cases now see the board supporting a multimillion-pound deal, or, to be exact, Gerrard’s judgement of one.

We can, however, see some big investment coming in January, and we’ll get to that in the next entry.