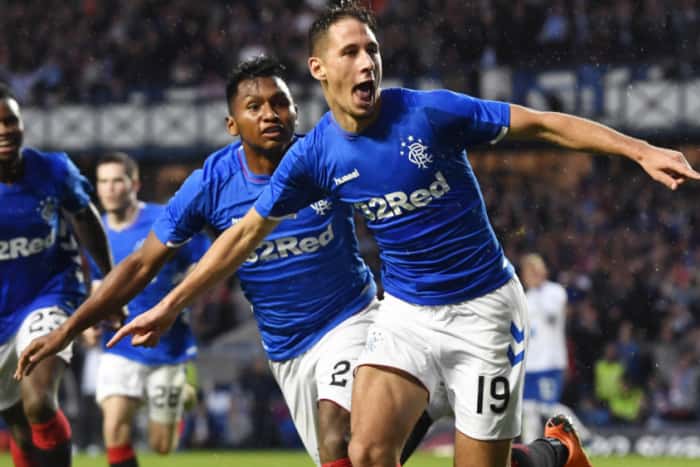 The final pre-season friendly is now complete and after a stodgy first 20 minutes, Rangers lifted the tempo to belatedly earn a 1-0 win v Derby.

Here are some Ibrox Noise match ratings to chew on after the action at Ibrox:

Didn’t have a lot to do, but some good footwork and distribution was admirable. 6

Bright enough down the right, but definitely looks a little subdued by comparison with his old self. Still getting a decent volume of crosses in, but seems just a little subpar these days. 6

Aerially strong and made no gaffes on the ground – kept Waggy extremely quiet. Katic is mostly doing a good job this pre-season in persuading Stevie he’s up to it. His goal imprinted that. 7

Hard to judge him really – neat enough on the ball but didn’t really get hugely involved in the graft at the back. Way off fitness and it shows. 6

Some solid defending and good balance on the left but where on earth have this guy’s stellar crosses gone? It was the one good thing about him last season, but right now they’ve gone AWOL. 6

God-awful first 20 minutes in which he really struggled to make a single pass – picked it up thereafter and managed some good ball winning but overall he’s not exactly in overall great form. 6

Not great by his usual standards – didn’t pull the strings at all this time, had little influence, and while he made few errors, he really didn’t stand out. 6

Leaps and bounds Rangers’ best player, but it’s not saying a lot. Docherty might not have the pure power and physicality of Aribo, but he has a tonne of energy and no one covers more ground. He’s a great team mate out there and few play for the shirt more. 8

Energetic and getting closer to full fitness, Arfield’s work rate is matched only by Docherty’s, and without his influence Rangers might be rather stale in the final two thirds. 7

Lively to a point but ultimately not that effective. Didn’t link too well with Barisic nor did he create any major chances. 6

A good performance and he regularly caused trouble at the back for Derby. A number of decent shots and he’ll be disappointed not to have scored. 7

Put out a fairly strong team but we’re just getting that nagging feeling that Rangers peaked earlier in the pre-season and the players are already looking quite stale and lethargic. It just doesn’t look as energetic as it previously did – we’re also getting a little irritated by the rotational stuff. Sure it’s only pre-season and sure you can praise it by pointing out the strength in depth, but we really hope once the serious action is underway the XI will start to settle to a regular eleven men or thereabouts. 6