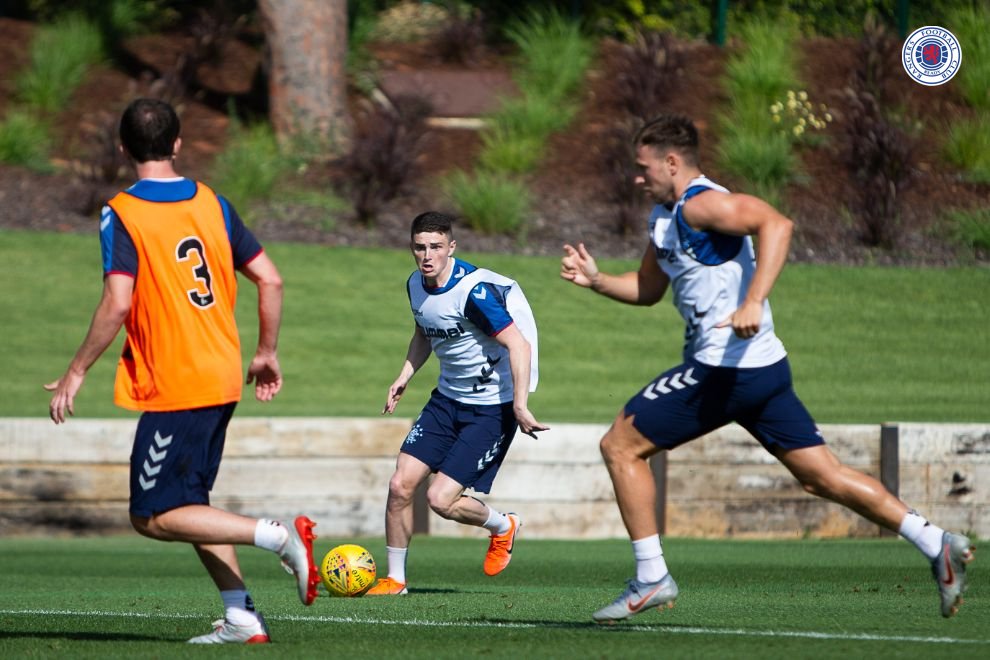 With Ryan Hardie’s permanent exit to Blackpool confirmed, one really can’t help but wonder why Rangers sold him given our threadbare nature in attack right now.

Hardie, while no Luis Suarez we admit, nevertheless delivered extremely well at Livi last term. 7 in 16 at a defensive side is nearly one in two, and he even has an assist to his credit in the split.

If we look at Jake Hastie, for example, his stats for Motherwell are actually pretty similar. 6 in 12 with one assist. And yet he’s one we brought in deliberately, who’s indeed around the same age as Hardie.

What was it about Hardie that Stevie just didn’t fancy that he wasn’t interesting in keeping him despite Rangers really only having two or three legitimate strikers?

Hardie was a striker who never got a crack of the whip at Ibrox at all – for right or for wrong, every single Rangers manager overlooked him, and this goes back all the way to when Ally McCoist was still in charge – that’s Ally, McCall, Warburton, Murty, Pedro, Murty, Gerrard – seven managers who rejected Hardie at Rangers, and now he’s sold to Blackpool despite his impressive career record.

The fee was undisclosed but given how unneeded he was (he was barely involved at pre-season) it can’t be imagined it was terribly high – probably around £350,000.

And yet when we look at those career stats they really do raise an eyebrow. 37 goals in a 110 appearances at all levels. Sure, it’s not going to change the world, but is this not a kid who might have been handy on our bench?

As suggested before, it does to an extent feel like Gerrard is expunging Rangers of all the wastrels of the past few seasons, that he is trying to completely cleanse the club top to bottom and shift the dross while replacing it with quality, and only rare exceptions are surviving that cull.

And even those who look like decent players aren’t passing that – as I say, Jake Hastie’s stats are not a million times better than Hardie’s, yet one comes in and one goes.

Stevie’s making his mark on this club, and it’s ruthless.