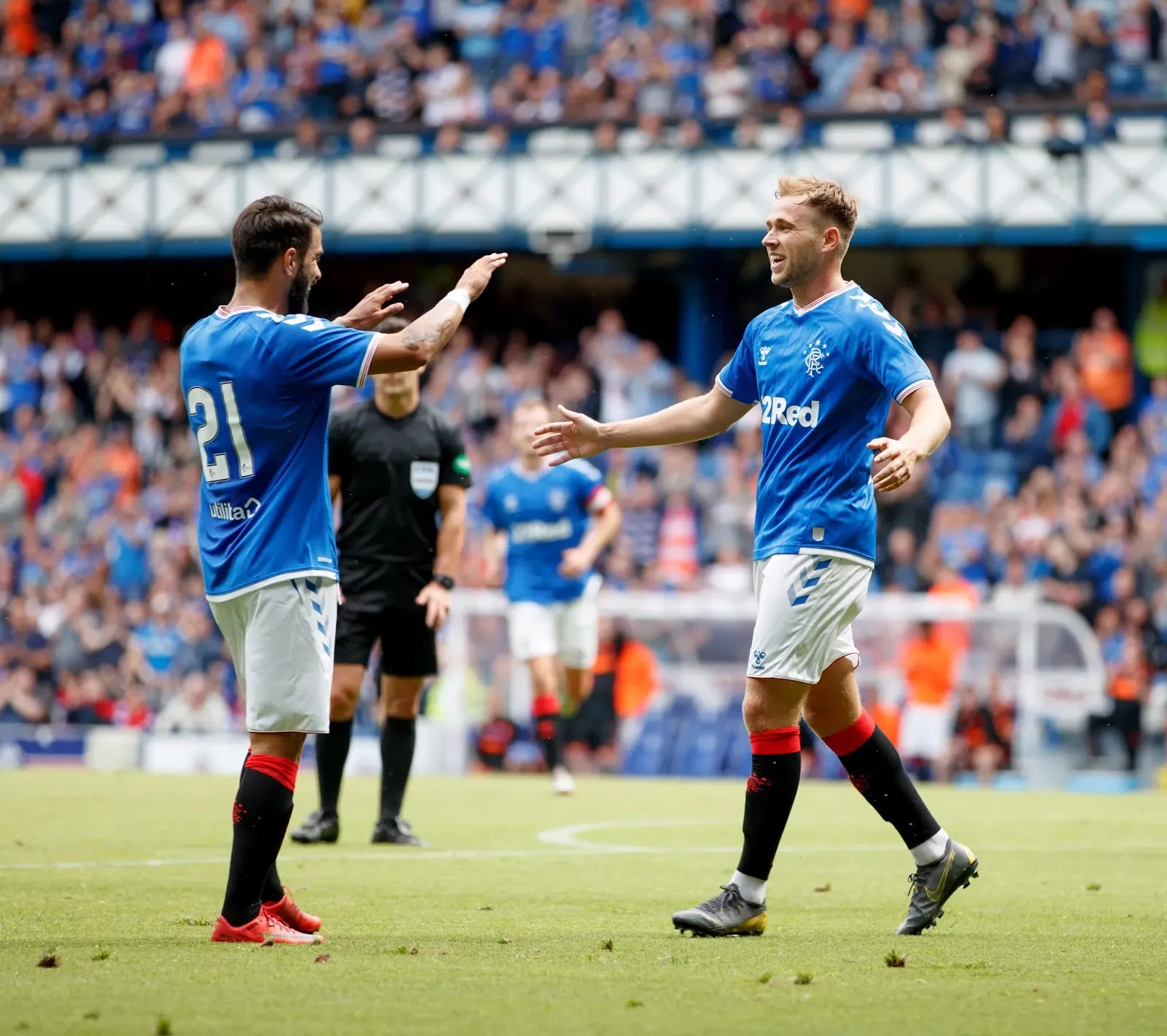 Greg Stewart has today effectively admitted he hasn’t taken his career as seriously as he should have because he’s been waiting for Rangers the whole time.

The 29-year old is in line to start this evening in Gibraltar, and won a few doubters over after his excellent display against Oxford, but conceded he’s made errors in the past in his career, but now that he’s finally got what he wanted, the nonsense stops and the serious stuff starts.

“You learn from your failures and what to do. I won’t do that again. I am not getting any younger either so I have to come back in as best shape as possible and the fitness team here have helped with that. You eat the right things and do the right things to make your ready for the games. it has been good and I am just looking forward to the games coming thick and fast. We all got off-season plans from the fitness plans so I made sure I kept on top of that so that I could prepare myself as much as possible coming into the season. You can’t really come back in bad shape anymore and it is not like back in the day where you could be a few stone overweight. I have learned my lesson from that previously so I tried to prepare myself as much as possible. It is still early days yet and the fitness and sharpness will come with more games. It has been good.”

Obviously Stewart words it more professionally, but it’s evident from this testimony that the former Birmingham man’s attitude in the past could have been better, with some fitness malaise and lacking in discipline.

But now that he’s at Ibrox, a lightbulb has gone on and it seems the boyhood Bluenose, having gotten what he wanted for his whole career, is ready to take seriously his health, his career, his attitude and his discipline.

Stewart is a career underperformer – at 29 no caps despite playing for some decent teams, and it’s evident he was always capable of more, but appeared to lack the appetite for it. But with his getting his dream of playing at Ibrox, it looks like that piffle is behind him and he’s turned over a new leaf.

“Obviously it was my main aim when I knew I was starting and you want to get off the mark as soon as possible when you come to a new team. I was delighted that I managed to do that. Rangers is probably more and I didn’t realise how good the club was looking at the moment with the staff and the players that are here already. If we just keep doing what we are doing, we could achieve something special this year. We have had the two bounce games behind closed doors but it doesn’t feel the same as when you walk out at Ibrox in front of the fans. It was good to get that game under our belts on Sunday and get minutes in the tank. We are looking forward to the game against St Joseph’s and it is obviously the first competitive game of the season. The boys have worked hard in the last few weeks getting our fitness up and we are raring to go.”

‘Rangers is probably more’ is Stewart’s polite way of avoiding smearing every club he’s been at waiting for Ibrox to come calling, but he’s got what he wanted for over a decade so here’s hoping, and expecting, he’ll take full advantage of the chance.