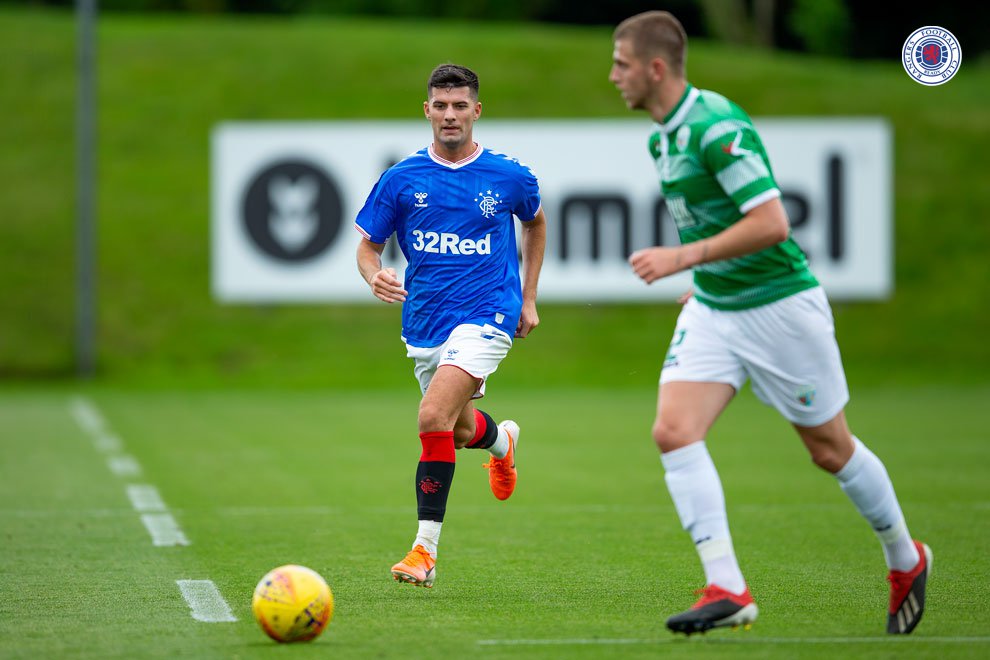 A tonne of positives came tumbling out of today’s stunning win over French giants Marseille, and we’re shamelessly going to flood your interweb with a few of them for the next while, but for us the most conspicuous was the unexpectedly blossoming partnership of Borna Barisic and Jordan Jones.

For seasons, fans and commentators have repeatedly banged on about the overlapping and interlinking support between James Tavernier and Daniel Candeias – well, Steven Gerrard may just have developed himself some symmetry here because Barisic and Jones fed off each other in frankly comparable fashion, and it was at times a joy to watch.

Barisic and Jones repeatedly linked, dragged defenders from each other, and laid off – there was an understanding already brewing and while the Croat managed few actual crosses, Jones was notably applauded by Stevie after yet another link between the two led to a brilliant cross in the first half from the NI international that no striker gambled on.

And that kind of symbiosis was present for as long as they both remained on the pitch.

We lost count of the number of layoffs, and one especially was breathtaking where Barisic fed it inside for an on-running Jones to take in his stride and rampage forward.

It just looks every inch the duo on the left that many feel Tav and Candy on the right are – maybe even more so, because this is a partnership that has been working from the off, and showed some tentative signs of birth against St Joseph’s.

Yes, Marseille clearly were not full pelt in this encounter, and didn’t contribute a blood and thunder opposition; it was a friendly after all, and they’re clearly considerably behind in fitness. But then they were fifth last season, and Celtic couldn’t even score at home v 10th place Rennes so there’s some context for you.

Either way, there were a boatload of good things to take from this, even if we maybe didn’t learn as much in victory as we could have in defeat, as the cliché goes. On this occasion, however, we learned enough.

And a lot of them are fine.