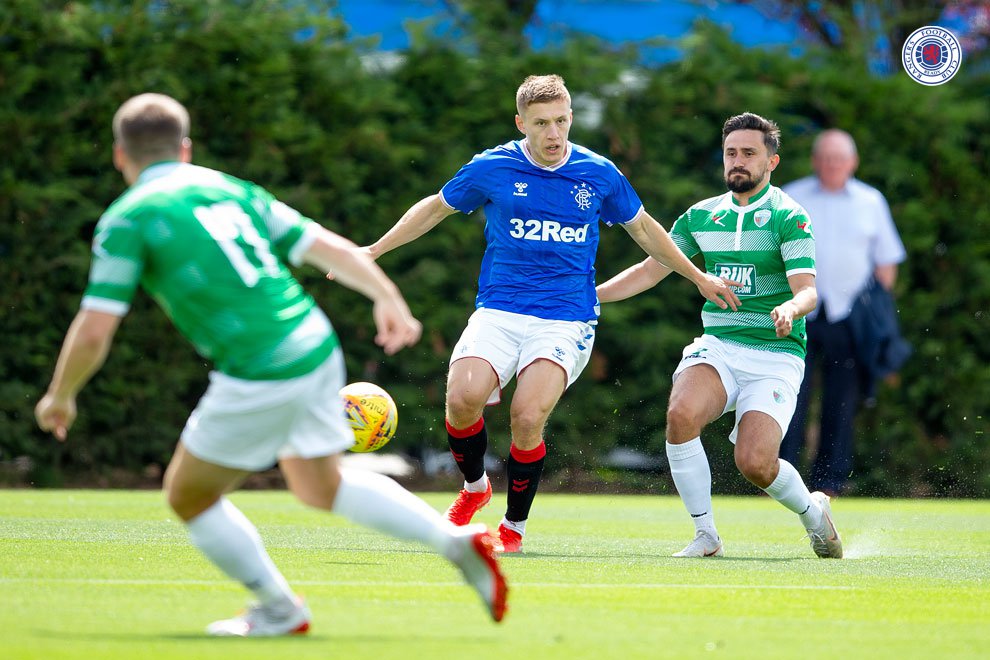 Rangers today beat Welsh side The New Saints 1-0 at Auchenhowie, in preparation for both sides’ European entrances.

However, Ibrox Noise in recent days posited an issue Steven Gerrard may have over the selection of either Greg Docherty or new signing Joe Aribo, given both are advanced central midfielders.

Gerrard, though, may have presented a possible solution to this problem, by selecting both players for today’s first half, in which Rangers were significantly the better side. Aribo played the more advanced role, while Docherty sat back a little more, but both had plenty licence to roam forward and indeed Docherty in fact played the classic ‘Gerrard’ role of bursting into the box while also retreating defensively.

While Rangers’ midfield has almost ludicrous depth (Halliday, Kamara and McCrorie were the midfield for the second half), Docherty is doing absolutely everything he needs right now to prove to the manager he’s worth keeping around.

Behind Aribo and Docherty, Steven Davis sat back in his new deeper slot.

It makes for a very useful way Stevie could use both his players, but of course, it does occupy two of the three midfield slots and leaves only one space for Davis, Kamara or Jack. And then there’s the question of course of the imminently returning Scott Arfield.

Nevertheless, Rangers’ midfield looks extremely healthy right now, and the manager may just have found a useful way to get around the impressive Docherty and Aribo ‘dilemma’.