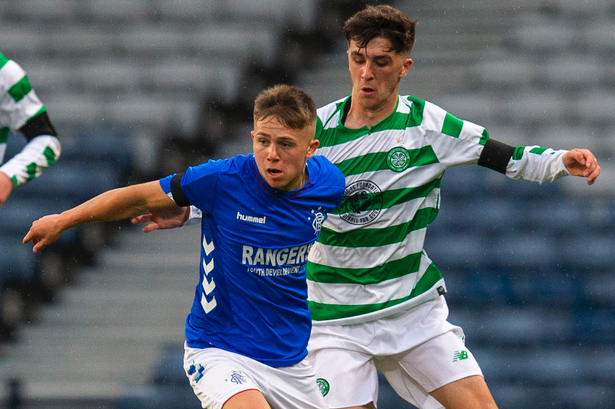 Rangers may have to brace themselves for a dramatic double swoop by Italian giants Roma if recent speculation is anything to go by.

Already reeling from the pressure by the Italian cracks over rising star Josh McPake, news broke in the past 24 that they’ve also set their sights on the superb Kai Kennedy, whose performances in the Glasgow Cup in 2018 and Al Kass this year helped Rangers triumph in both, and the talented midfielder is one of the prides of the Youth Academy and one Rangers want to retain.

Like McPake, Kennedy is closing in on a break through to the senior team, and his displays for the youth sector are why Roma seek to secure him in their own.

Also like McPake Kennedy’s contract isn’t long term, with the former’s expiring next year and Kennedy’s in 2021, and Roma would consider it pocket change to splash out the kind of money these guys would ‘cost’ (youth signings are usually ‘free’ per se, with compensation costs usually the main factor but they can still cost a few quid).

But equally Rangers must retain their finest youth talent if the future is to remain bright, and having done brilliantly to nab Nathan Young-Coombes from Chelsea, Rangers’ Academy must clutch onto the likes of Kennedy and McPake, no matter Roma’s interest.

Another Billy Gilmour or Danny Wilson is not a positive.