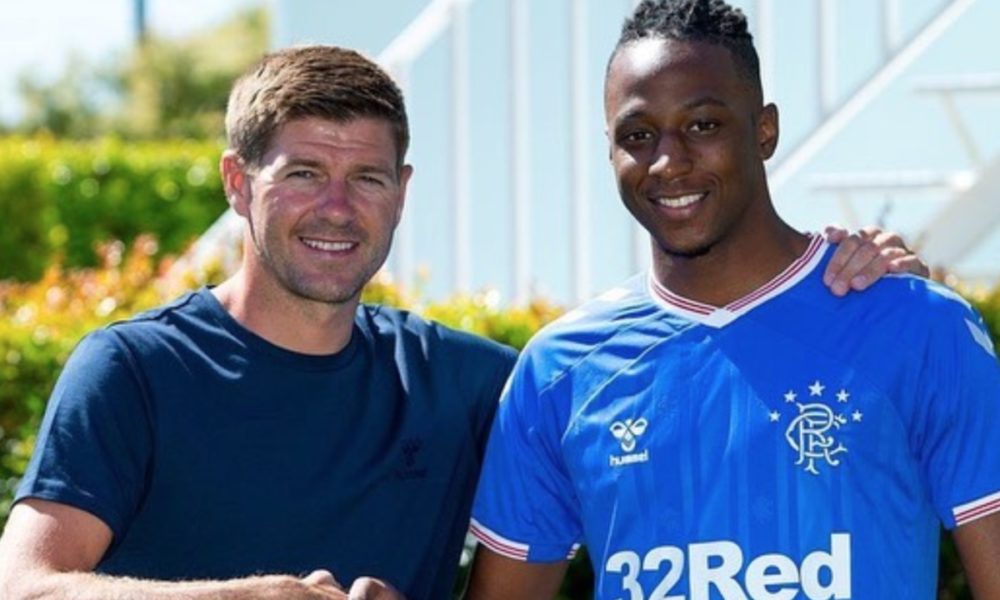 Chewing through last night’s latest Rangers romp and so much good has come from the 6-0 dispatch of St J.

It was a complete and total stroll, far more than the first leg which did take a little while to get going – this one was an absolute jog from the opening Aribo goal onwards. And it’s Joe Aribo who gets our attention in this piece.

We’d been slightly critical of his first two or three performances in our shirt – by no means bad, Aribo looked a little off-key and lacking cohesion with his team mates – he didn’t seem too sure of himself or what kind of midfielder he was supposed to be, and in our defence, we backed him to turn this around and develop into the £10M player we’d been led to believe he was capable of being.

After the past two performances we have been left in no doubt as to how good Joe Aribo is capable of being, and the £250,000 for him is starting to look like daylight robbery.

The marauding midfielder last night disposed of St J singlehandedly – indeed, he really only used the opening 30 minutes to do so, decided to take care of them on his own before the work was done and he took his own foot off the gas a little.

And in that period we saw power, movement, vision, pace, awareness, interlinking, strength, and a truly gloriously clinical finish.

Of course, ‘it was only St Joseph’s’, just like ‘it was only a friendly v Marseille’, and these are all true, but for Aribo to show this subtle quality of domination without being overt and blatant with it is a truly remarkable skill and shows just what kind of a prospect this near-23 year old is.

Our source at the Valley warned us we were getting something very special indeed, that this guy was potentially a £7-£15M player. Having now seen a portion of him in action, we’re starting to understand why such platitudes were completely bang on.

We should reiterate – he is a very different player to both of his rivals for the 10 position – he doesn’t trailblaze like Greg Docherty and he doesn’t get in a lot of shots like Ryan Jack now does. But his qualities of subtle control, domination and strength, not to mention wise use of the ball and excellent retention skills, do show a player who has almost everything else in his locker.

We were well aware of how he was a massive part of Charlton’s promotion, and while his League One numbers weren’t quite as impressive as Docherty’s, having watched him, we can see what he brings instead.

Aribo could well become the best player in the SPL with the potential he is showing. The lad is special. He isn’t even out of first gear at Ibrox yet – we can tell there’s a tonne more in him to come.

And given how impressive he’s been in the last two matches that’s a borderline frightening prospect indeed.

In a good way, of course…