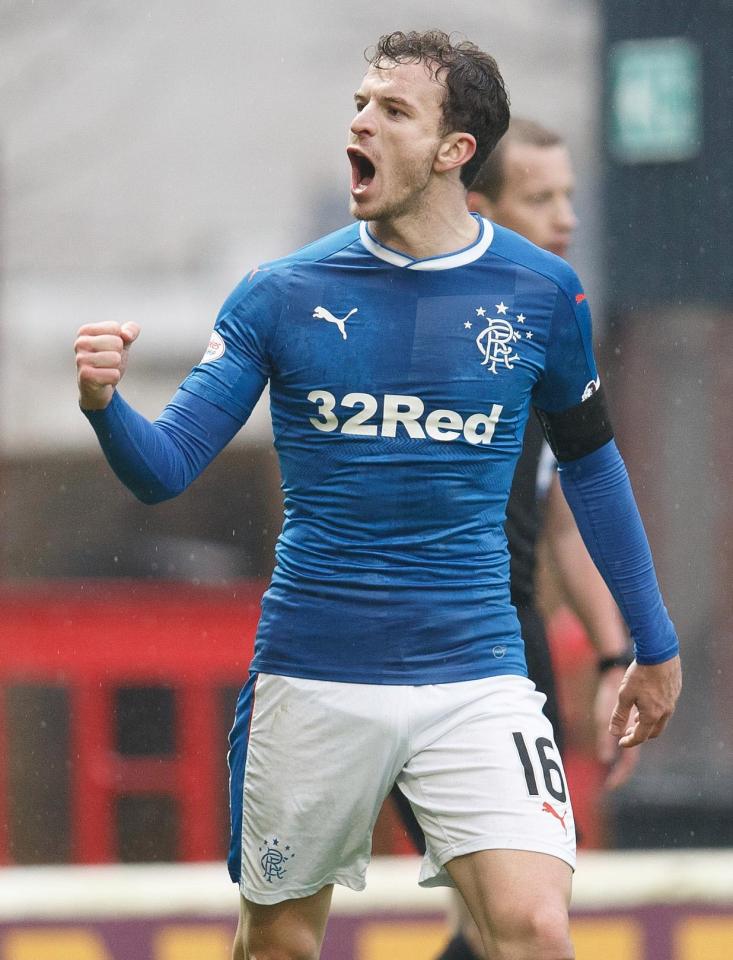 When Jon Flanagan took back the left back berth from Andy Halliday (with some distinction we’d have to say) it wasn’t exactly ‘haud the press’ news but was certainly disappointing for the utility man.

But Flanagan’s form justified the decision and Halliday became a third wheel. And now with summer business underway and Rangers linked to a few left backs, we do now wonder what ‘one of our own’s role will be at Ibrox.

He’s versatile, he’s flexible, but we never believed at Ibrox Noise that he was good enough, all things being equal, to hold down a first team place.

His doing so last season was down to Barisic’s incompetence and injuries, Flanagan’s erratic form and Wallace’s exile. That he played rather well was neither here nor there, and while regular readers will know we’re big admirers of the former Bradford man regardless, we wouldn’t have him in our first team if it’s to be a Rangers that makes a serious fist of the title.

So where does he go? Does he remain at the club? Does he simply fit as squad depth?

In fairness to him, he gives off the impression of a player just happy to wear the shirt when given the privilege, and one who will give everything he has. The type who will support the club no matter if he is playing or not, so maybe it is a bit of a non-issue.

But if Rangers are to grow as a club, players like he, while not good enough to start most matches, are vital for the experience and understanding of what it takes as a Ranger.

So while Halliday might find his minutes reduced next season, especially if Steven Gerrard should secure a quality solution at LB whatever it is, he will still remain as vigilant and devoted to the club as he always was.

And he will always have his titanic performance against Celtic last December.

One to tell the grandkids.