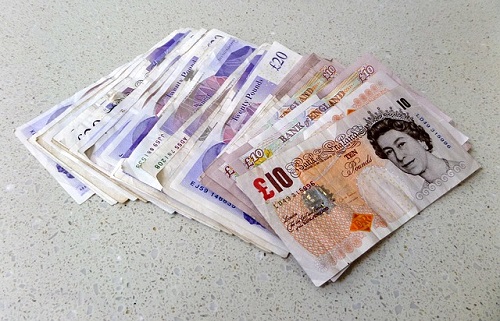 In years gone by Rangers fans looked at our best players like Barrie McKay and Lewis Macleod and seriously expected the likes of £3M+ for them each.

As we know, McKay has been underwhelming since he left Rangers, and the fee was barely £1.5M. He’s managed a solid number of appearances at Swansea, but just three goals and seven assists. It’s ok, but nothing amazing. Lewis Macleod has fared infinitely worse – a free agent at present, he’s had a torrid three years of injury and loss of favour, and he barely scraped £800,000 back in the day.

While opposing fans (and boring unwanted handwringers among our own populace) like nothing more than playing down Rangers’ assets and pretending they’re worth beans, the reality is Steven Gerrard’s men are now absolutely filled with genuinely valuable players who go into the £5M, £10M and £20M+ range.

When we look at the best players we have, the most valuable ones, the numbers make for enlightening viewing:

We know Brighton and Villa are keeping tabs, and a bid has been talked about. 27-year old captain of Rangers with the number of goals and assists this man has from right back? Many argue he could be one of the team’s most important players, and his absence is badly felt. An EPL side coming in for him would be looking at the region of £15M easily for his signature.

He hasn’t done it in the SPL, but he has for Croatia and then some – this 26-year old left back is a world class player when on the right stage, and that stage isn’t the SPL – and with the CV he now has of delivering for a team as strong as Croatia, and silencing with ease the likes of Gareth Bale while scoring a goal as well, Barisic’s global stock is high as a kite. Rangers could value him easily in the £15M+ range too.

A regular for Finland, he cost Rangers between £50K-£100K in January, which is looking an even better bargain than we could ever have dreamed – this midfielder has delivered for club and country on many occasions and at only 23, he will only get better. Think N’Golo Kante and you’re on the right track. Absolutely no reason Kamara isn’t worth something in that area given they more or less play the same role and even have a very similar physicality. Rangers could value this asset easily above £20M.

Might be the wrong side of 30 now (only just) but his career stock has catapulted thanks to the best season of his life at Ibrox, and if Cristiano Ronaldo at 33 can still cost nearly £120M Scott Arfield (we know we know they’re exactly comparable, right?) should not suffer from his age. Indeed, Southampton were rumoured to be putting a bid in, but for a player of the Canadian international’s quality, there is no selling him for less than £10M minimum.

Ok, his red card v Celtic and omission from CONCACAF squad may well have hurt his value, but only temporarily. Value is dynamic, and a player is worth what a buyer is willing to pay. A Colombian international with 11 assists and 28 goals in the season as well as a few in Europe? This isn’t a halfpenny we’re talking here, and Rangers could get anywhere between £10M and £30M for him. A tonne of clubs are interested.

Ok, these numbers seem mad, but so is the transfer market. If Harry Wilson is worth £20M for a good season in the Championship and Ryan Kent £12M for one in the SPL, why are our own players suddenly worth only £3M at best but Celtic’s are all £10M+ and £20M+?

We do not have to sell these guys and they’re all becoming utterly critical assets. While, in most cases, doing it for their country too. Which only excels the value.

We’re also not advocating their sales – we’re just making a point that we have genuinely top players now in many cases, and the values of those players should reflect that.