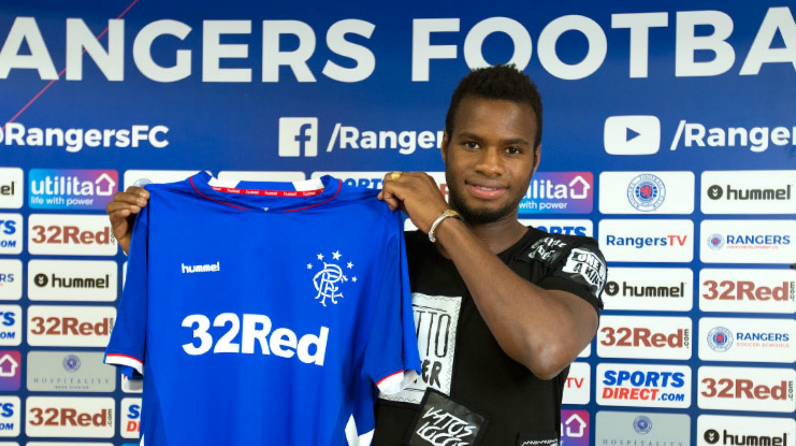 The raft of Ibrox departures has continued with the utterly unofficial departure of Malian Lassana Coulibaly.

Currently on African Cup of Nations duty with his country, the Angers man has returned to the Stade Raymond Copa without a single mention from Rangers.

Indeed, Steven Gerrard today referred to both Scott Arfield and Nikola Katic, on international duty, but made no reference to the Malian who, obviously, also is, and this spells the end of his admittedly dreadful time in Scotland.

He had a slow start, seeming a bit cumbersome and messy to begin with, but started to really motor into gear as July wore on, and truly had become a fearsome warrior by early August, before that fateful injury against St Mirren quite literally ended his Rangers career.

After this, there were reports of a family bereavement, unconfirmed by the club, but either way, the Coulibaly who appeared onto a game as September approached, vanished, and in his place one who lacked discipline, direction, and positional awareness.

Gerrard did try Couli in an advanced CM position later in the season, not quite an AM but more forward than a CM, and it looked like something was brewing there, but it wasn’t an experiment the manager felt the urge to persist with and the midfielder found himself back on the bench or out of the match day squad entirely.

Lassana can clearly play a bit – he’s a strong physical unit but he lacks conviction and a real identity as to where he operates.

He’s gone from Ibrox now, and will return to France after his duties in Africa.

He’s a case of possibly what might have been, but this is (yet) another loan that just didn’t work out.