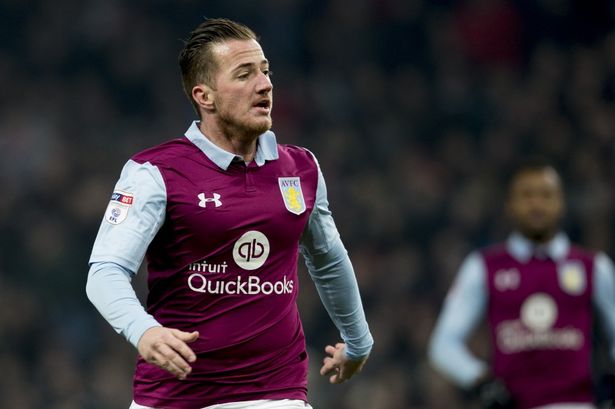 Rangers are on the lookout this summer for a great number of free transfers – high quality free transfers. While Steven Gerrard hopefully will have a significant amount of cash to play with, his impressive overall use of the Bosman market last summer suggests it’s a good resource for the manager to tap into, and another player has been freed by Aston Villa who remains a good age and has a positive reputation among Rangers fans.

Ross McCormack had a nightmare in Birmingham, let’s face it. 24 appearances and three goals really wasn’t a great return for someone of his calibre, and although he’s hardly Lionel Messi, he’s a player with a solid CV behind him.

But is this Bosman worth an outlandish gamble for Rangers?

He knows what the club is about, and if we look at his pre-Villa CV, his career is actually extremely good for a number 10 – 164 goals in 476 appearances is pretty impressive going for a second striker, and of course he’s a Scotland cap too.

But it’s that horror stat of not having played a minute’s football since autumn 2017 that the press are going ballistic for – and on the face of it why would Rangers touch such a broken player with a bargepole when reports are that our own cripple in the shape of Graham Dorrans is to be cut loose?

Well, simple answer – because everyone is different. Ross McCormack is out of shape, form, and fitness – but experience he does not lack, and we recall the hype of Jermain Defoe’s dry spell since May last year as well. Scored on his debut, rather making a mockery of the… well… mockery.

All McCormack has to do is get his fitness and minutes back and he’d be akin to some of the player he was. His history doesn’t define his future, and Rangers are very much in the market for quality number 10s who can add something to the squad while not taking up too much of a wage.

We know it’s a risky one, but so were Steven Davis and Defoe – and those two worked out not bad thanks very much.

It’s a slot we need bodies in, and while we could use some young blood in there too, a player of his calibre is definitely not the worst we could do. He’s also scored only one less goal in the Champions League than Defoe has.