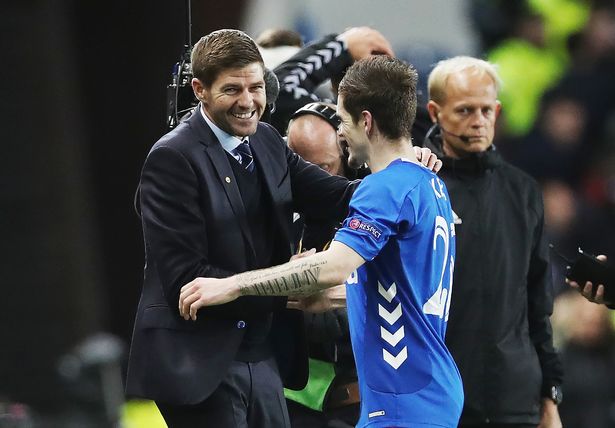 On top of our earlier piece discussing the reality of loan contract clauses, the continuation of Ryan Kent’s stay at Ibrox has become a murky and dingy tale, with a lot more than the player’s will as a factor.

Firstly, many fans may be unaware of this but the recent culture of loan deals actually costing a ‘transfer’ fee for the receiving club affected this deal too, and Kent’s reported fee was a very ample £1M. So, like paying a club for a player, but having to give him back at the end anyway. It’s become common practice to see surprisingly large fees paid to clubs for players even on loan basis, and that particular structure was in play here. It has been widely reported that Rangers will have to pay Liverpool considerably more to get him back on loan again – without having explicit access to the figures, Rangers may have to pay beyond £2M to simply loan Kent back to Ibrox.

Secondly, Aston Villa have by all accounts dropped out of the running – they simply aren’t interested in him any more. Kent’s fee was alleged to be £12M but Villa said no thanks and moved on to other targets.

Thirdly, Championship giants Leeds are said to be Rangers’ main rival now for Kent’s signature. The Elland Road side are still vying to return to England’s top flight for the first time in the best part of two decades, and a talent like Kent could help. But we’re unaware if they want him as a loan or a permanent.

Fourthly is the ‘waiting game’ that Liverpool are playing – they have two options – loan him out and increase his value, hopefully, or sell him now – but then if only Leeds and Rangers are in for him, and both only want to loan, then that creates a bit of an issue for Jurgen Klopp.

Fifth is the waiting game Kent himself is playing – if he exclusively wanted to join Rangers again, the deal would have likely gone through already Ojo style. We don’t strictly blame him for keeping his options open, but that is what he appears to be doing. Kent is evidently waiting for a shinier offer from a PL side, before committing himself to either Rangers or indeed Leeds.

Information had been Kent’s imminent arrival earlier this week, but that turned out not to be the case, as many things won’t and will this transfer window.

We’ll try to keep you up to speed with as much of it as we can.