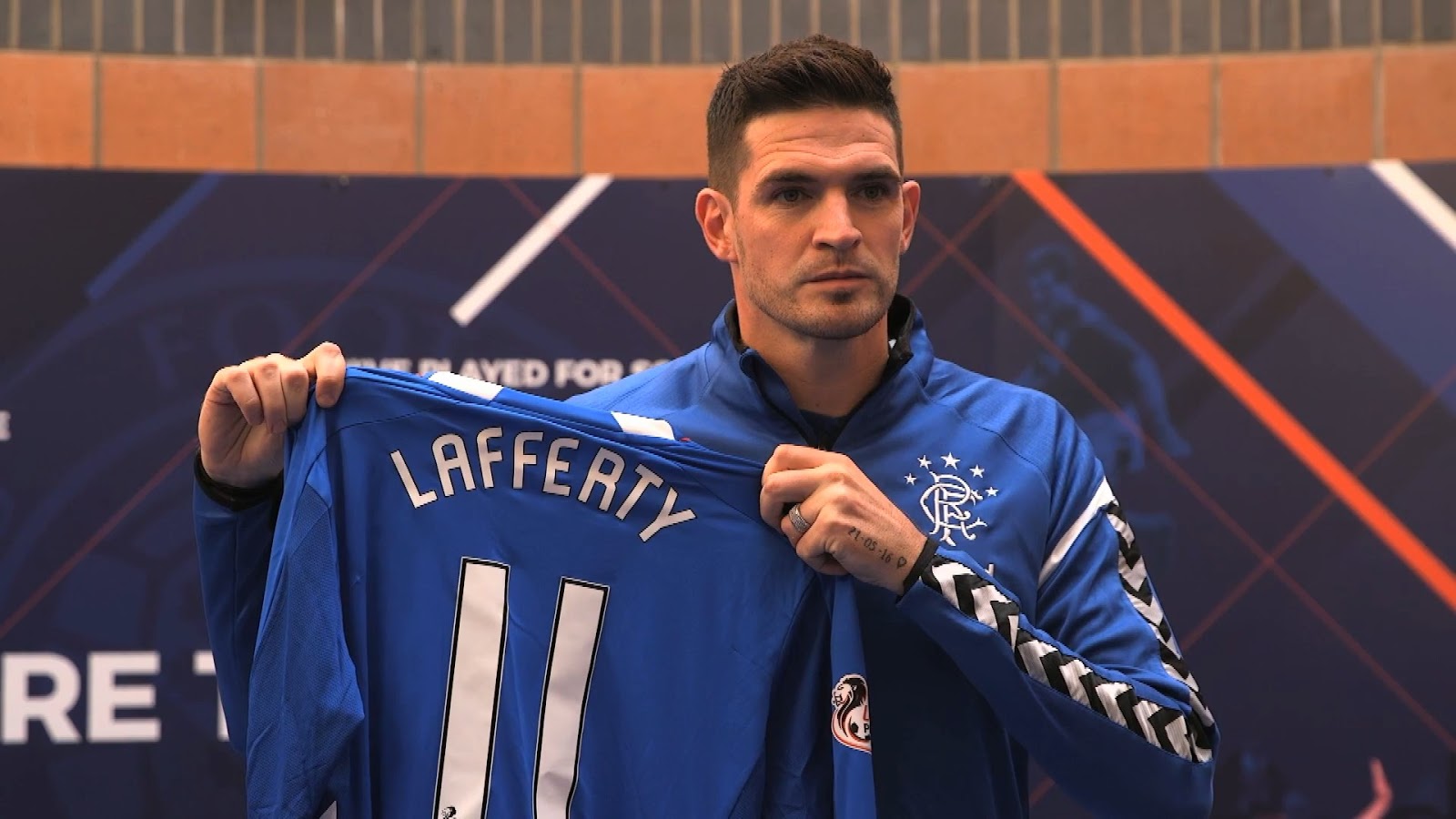 As we discussed earlier, Kyle Lafferty’s exclusion from the trip to Portugal was not exactly a total shock, given initially all the NI lads and some internationalists took a bit longer to get to the Algarve thanks to their extended summer duties for their nation.

However, now that Steven Davis, the last of the NI players to join up with the rest has made his way to the training camp, it confirms absolutely that Lafferty’s time is up.

But the question we have to ask is what went so badly wrong with one of the most hyped transfers of last summer?

Here, after all, was, aside Steven Naismith, arguably the SPL’s most in-form and devastating striker outwith the Old Firm, and close to inside too, and as Lafferty did the business for the Gorgie side and even nailed a stunning goal v Celtic, it became clear the re-signing of him had to be a top priority.

After a hell of a protracted deal, it finally went through and the Bold Kyle came home to Govan.

And early on it looked… colourful. A brace v Motherwell on his debut was followed by a stunning goal in Spain, and he looked keen to impress.

But… pretty much after that he found himself permanently on the bench – he made quite a few appearances, but failed to impress during them, and somehow the hype of the summer transfer seemed a distant memory and the Kyle Lafferty Rangers had signed just wasn’t on show any more.

He made a telling interview on RTV which for us was not a bright comment to come out with – it was a good ‘team ethic’ comment to make, but Lafferty stated he didn’t mind if he was playing or not, as long as Rangers won.

No player should ever say this – or even feel it. Any player worth their salt always wants to play, and doesn’t take kindly to being benched – but Lafferty appeared quite content not to play and going by those off-field stories about his attitude and general personality, he doesn’t seem the kind of disciplined, hard-working player Rangers need.

This is not to say he didn’t try – he surely did. He just has a legendarily high-maintenance personality, and though he’s a decent guy and affable to fans etc, when it comes to inside the sport his reputation precedes him and every player who ever talks about him does so with trepidation and a slight twinkle in their eye.

None of this makes for the right player at Ibrox nowadays. You could get away with being chaotic off the pitch if you were delivering on it in days gone by, but now you have to be pretty special on it to get away with murder off it.

And Lafferty wasn’t producing on the pitch to overcome any baggage elsewhere in his entourage.

So, another signing which just didn’t work out. And not one who’s going to get the second chance it appears Borna Barisic will.