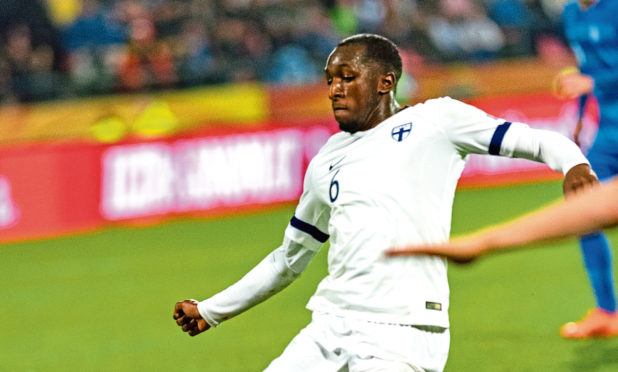 After his heroics for his country at the weekend (again), Glen Kamara has addressed his future and failed to rule out a move away this summer.

The 23-year old was sterling in midfield for Finland, making an assist, and the former Dundee man’s international caps just keep coming as do his stellar displays for Rangers.

But speaking on what lies ahead for him, Kamara conceded that while he’s happy at Ibrox, there was no mention of committing his future to Steven Gerrard. Quite the opposite, in fact.

“Rumours are part of football. But nothing concrete has happened, it is just speculation. Yes, it would be a dream to play in the Premier League, but for the moment I am happy to play for Rangers. It has been a long journey for me in my career and now I play for a club like Rangers. It was a tough season and I had to prove myself at Rangers. I have developed a lot mentally. It’s a big challenge to play in front of the fans at Rangers. They have high demands, but I like that. I’ve really enjoyed playing for Rangers. And getting praise from a manager like Steven Gerrard feels really good. Sometimes it feels crazy that he’s my manager. You look to the dugout and see him. You have to calm down and not think about it too much in your mind! So he’s my manager and I learn from him. He is very skilled at managing people. He talks to us and gives us good advice. He is a natural leader. He has proven it and has taken it to next level as a manager. There is so much media coverage at a club like Rangers. There are certain expectations and you have to do the job. I am not going to complain. I actually hate those situations with the interviews. I don’t like it too much.”

Evidently Kamara is happy at Rangers, but should a tempting offer come in from a Brighton or anyone else, it’s clear the young Fin would be off like a shot.

His ambition, as it is with any player worth a damn, let’s be fair, is to ply his trade in the Promised Land of the Premier League – we’d never hold that against him because it’s a slight upgrade on the SPL (!)

But being serious Kamara’s quotes were hardly reassuring that we’ll even have the midfielder’s services next season.

And we’re ok with that as long as the transfer fee justifies it.