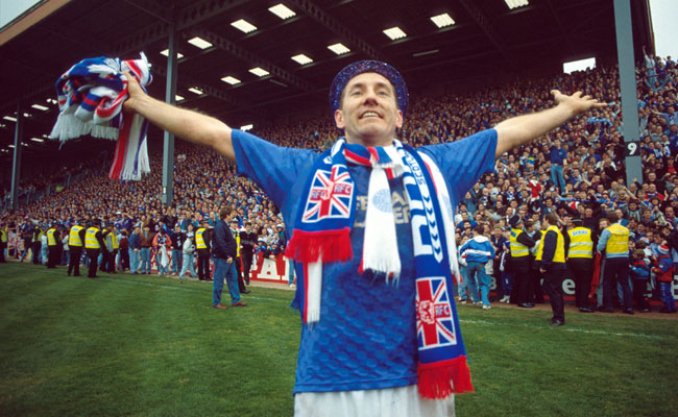 Rangers legend Terry Butcher is convinced Rangers have what it takes now to take the fight to Celtic next season. Speaking exclusively, the former England icon said Rangers will finally be equipped to deal with Neil Lennon’s men next campaign.

“Rangers can build on what they’ve achieved this season. They’ve not won anything. They’ve got to the latter stages of cup competitions, and obviously finishing second was a major boost for them. They’ve been in the doldrums for so many years, so it’s good to see Rangers beat Celtic twice at home- and beat them well. Now they have to take a massive step to get closer to Celtic.”

It seems this summer Gerrard could well try to take that massive step, and Butcher is optimistic he can:

“They’re still some way away but what Steven Gerrard has done is put down some really strong foundations for the future. We’re getting people like Steve Davis back, Jermaine Defoe upfront alongside Morelos, Rangers are a force. And they’ve certainly got other players in the team that fit into the style of play Gerrard wants to play and Rangers fans want to see. At this moment in time, you’d have to say, they’re looking like they can be the ones that can push Celtic all the way.”

It really seems like Terry thinks Rangers have enough in our armoury to make a fist of it next season, and while some Rangers fans are not Terry’s absolute biggest admirers, the man knows his football and what it takes in Govan.

“If Steven is backed, he’s given money and spends it correctly, they can fight. I think Gary McAllister will certainly help him out and Rangers’ scouting system will make sure the right players come to Ibrox. I don’t think it will happen overnight. It’s going to be a gradual process. And that means good money but not over the top money coming into Rangers for their building this summer. I think if you go mad now, you might pay the penalty later on. It’s got to be steady and it’s got to be right. With the money he is able to spend, he’s got to get the right the people, and then he can build something stronger every year; every transfer window.”

Butcher does urge caution here. He admits it won’t be a single transfer window or an overnight fix – but as long as the funds are there to make a credible challenge, Rangers should be celebrating 55 before too long.

Spending it correctly is of course key – many would argue last summer’s budget wasn’t used too well, and hopefully Gerrard has learned from those mistakes and will use any funds he gets this summer more wisely.