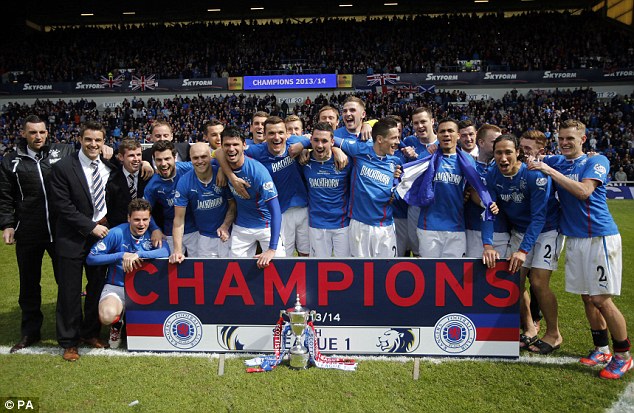 It’s been a simmering issue for a number of months now, ever since Steven Gerrard’s Rangers fell at Aberdeen in both domestic cups and lost their way league wise after the stunning Old Firm win of December.

The question, that is, of a trophy. Rangers haven’t won one at the pinnacle of the Scottish game since 2011, with just challenge cups and lower-league silverware to speak of.

The premier cup tournaments have not been Rangers’ friend for a long time, and we have certainly been some distance off a title as well, so the question we have to ask is what exactly do we expect this campaign?

We asked this before, on grounds purely of a league challenge, and the overwhelming majority had dispensed with the platitudes of a ‘credible season’ and now wanted the league title.

We’re not going to go that far. We love the attitude, and theoretically we expect it too, but Celtic have been so far ahead of us for so long that winning the league, while essential, might not be possible. Hopefully time will show just how feasible it is.

But, silverware? There definitely has to be something this season. Something for fans to celebrate. Even if it’s ‘only’ the league cup, Rangers’ return within these domestic cups has been agony since 2012.

Smaller, less salubrious teams than us have won cups and got to finals, so finance and being ‘miles off Celtic’ is a pathetic excuse and it’s not acceptable. It was, to lose to them in recent years in cups when we just couldn’t go toe to toe with them. We can now.

But overall the record for all silverware has been painfully below Rangers’ usual standards that it’s borderline shameful.

And Steven Gerrard, having assembled the best Rangers team since Walter’s title-winners in 2011, is genuinely under pressure to deliver.

Sure, we want 55. We demand 55. But, deep down, we simply need to hold a trophy, whatever form it’s in and whatever competition it was for.

There isn’t a Rangers fan around who will now accept going a ninth season in a row (count them) without a serious trophy in the bag.

It’s not our nature to accept second best, but it has been the past few years. And the shift we sense in 2019 is an end to the patience of permitting runners’ up.

It’s time to win. Something.