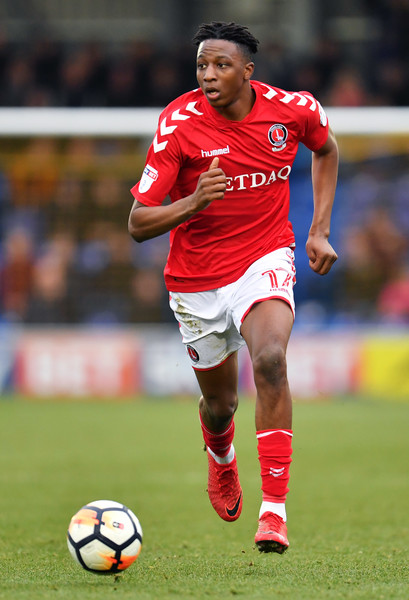 Speculation tonight is rife that Rangers have offered Charlton’s Joe Aribo a contract, in light of the interest in the youngster from a glut of suitors, including Celtic, Southampton, Aston Villa and some continental sides.

As a sub-23 year old the cost would benefit from cross-border FIFA rules like Jordan Rossiter’s transfer did, and whether the London-born playmaker elects for Ibrox depends on a number of factors.

Our source has told us his agent, the same as Borussia star Jadon Sancho, incidentally, is working on a big ticket for the midfielder to Germany, but if the lad has any sense he will go to a club where he is more likely to develop and get serious play time.

Naturally he will have a stronger chance of developing at Ibrox in light of the manager – Celtic’s Neil Lennon doesn’t quite have the same knowledge as Steven Gerrard, and any young midfielder in this country aspires to emulate the Anfield legend.

Ryan Jack, Glen Kamara and Ross McCrorie are just three of those who have come on leaps and bounds under SG, and even the experienced Scott Arfield has only got better under his new manager.

Whether Gerrard and Ibrox are enough for Aribo time will tell, but it appears the offer is on the table.

And now we wait.