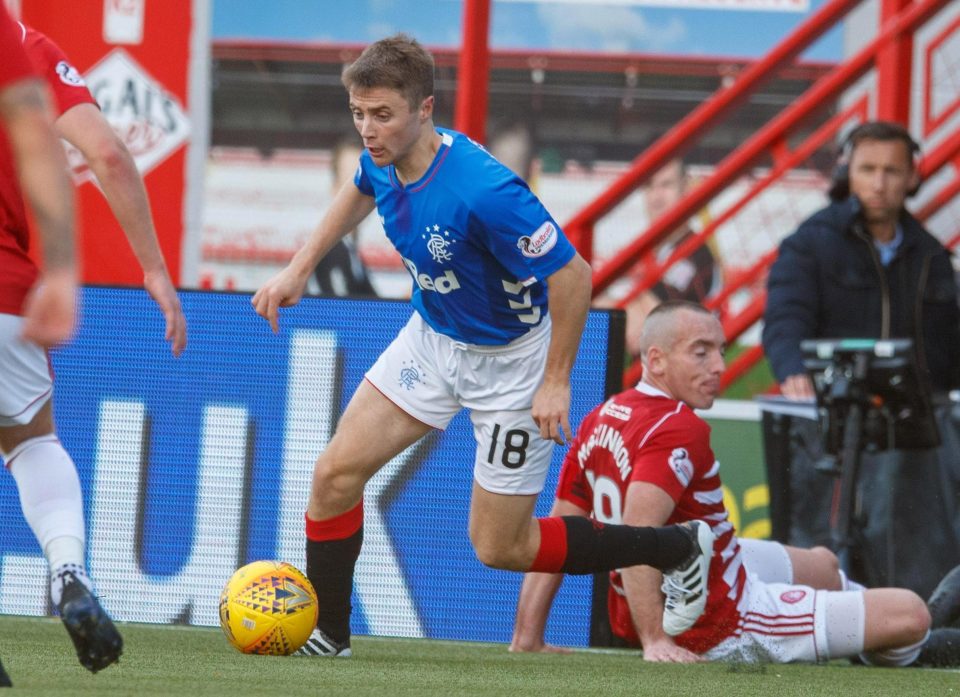 Following up on our quizzical piece recently on Jordan Rossiter’s absence from training have been ‘claims’ that the midfielder was simply granted extra rest time by Steven Gerrard.

We had wondered if Rossiter had dispensation to be away from Auchenhowie for longer or if he might indeed be injured again, but the wires suggest our manager simply gave him more time off.

To suggest this makes absolutely no sense is the understatement of the year.

Jordan Rossiter, out injured for more or less two years, has finally gone 10 months injury free for the first time in his career, and as a result he needs a rest?! Wouldn’t a rest be the last thing a young player aching for game time and finally getting minutes needs?

However, this isn’t even the most curious part. Rossiter hasn’t played a minute of football since the fourth of May – that’s borderline two months ago (!)

Bury’s season ended with a successful promotion in second place, and although the club faces financial peril and a two month deadline to meet their obligations ahead of a winding up order, Rossiter’s own involvement ceased almost 8 weeks ago.

Rest for what?! Rossiter has already had more rest in the past two months than the rest of the squad put together. So why he’d need an extension is utterly, totally, and completely beyond us. Unless, of course, the story is hogwash.

If it is true, and Gerrard really has given him extra time off…no, we’ve tried, and we still can’t fathom a single reason to justify a two-month break.

Furthermore, Greg Docherty and Jason Holt, the latter still injured, nevertheless made their way to Auchenhowie to report for duty on Monday – both were out on loan to lower league English sides and both of them were back in Scotland for training. As was Jak Alnwick, for that matter.

This one certainly got even more mysterious…