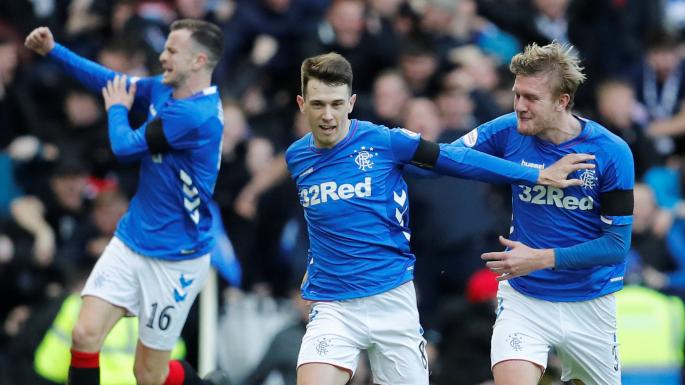 We find this topic a bit of a puzzle here at Ibrox Noise. We ran a poll some time ago about Ryan Jack, and even posited a theoretical ‘dream midfield’ a few weeks ago.

The poll put Jack a lowly third for the POTY nominations, miles behind both Allan McGregor and not a million miles behind Alfredo Morelos – the latter of course went onto win the club award from both players and fans, but after we questioned Jack’s lack of popularity, his detractors went into overdrive justifying his ineligibility for inclusion in a future ‘best’ Rangers midfield.

Arfield was welcome, Davis wasn’t unwanted, McCrorie found himself in there and Kamara had the red carpet too.

Some time later, as mentioned, we suggested that dream midfield, and went with consensus over the inclusions, by selecting McCrorie, Arfield and Docherty. Honourable mention for Kamara.

The feedback seemed absolutely stunned at the exclusion of Jack, and we find ourselves wondering if any Rangers midfielder has divided our support more than Jack seems to.

When we praise his performances we get slated for overrating a ‘bang average’ player, and when we’re critical he’s a ‘colossus’ and ‘future captain’.

Right now his form is a little indifferent – he initially benefited from a more advanced midfield role earlier this season, but this past few weeks in the new formation have seen patchy displays from him – not as dominant as we’ve come to expect and certainly quieter.

But it’s the fickle wider opinions we’re most bewildered by – opinion on Ryan Jack seems to change with the weather – one minute he’s mediocre, the next he’s a demigod.

Arguably, we’re guilty too – by both praising and criticising, but regular readers to the site will know we’ve mostly been admirers of his displays this campaign.

And as such, we’ll put this one over to you fine readers: